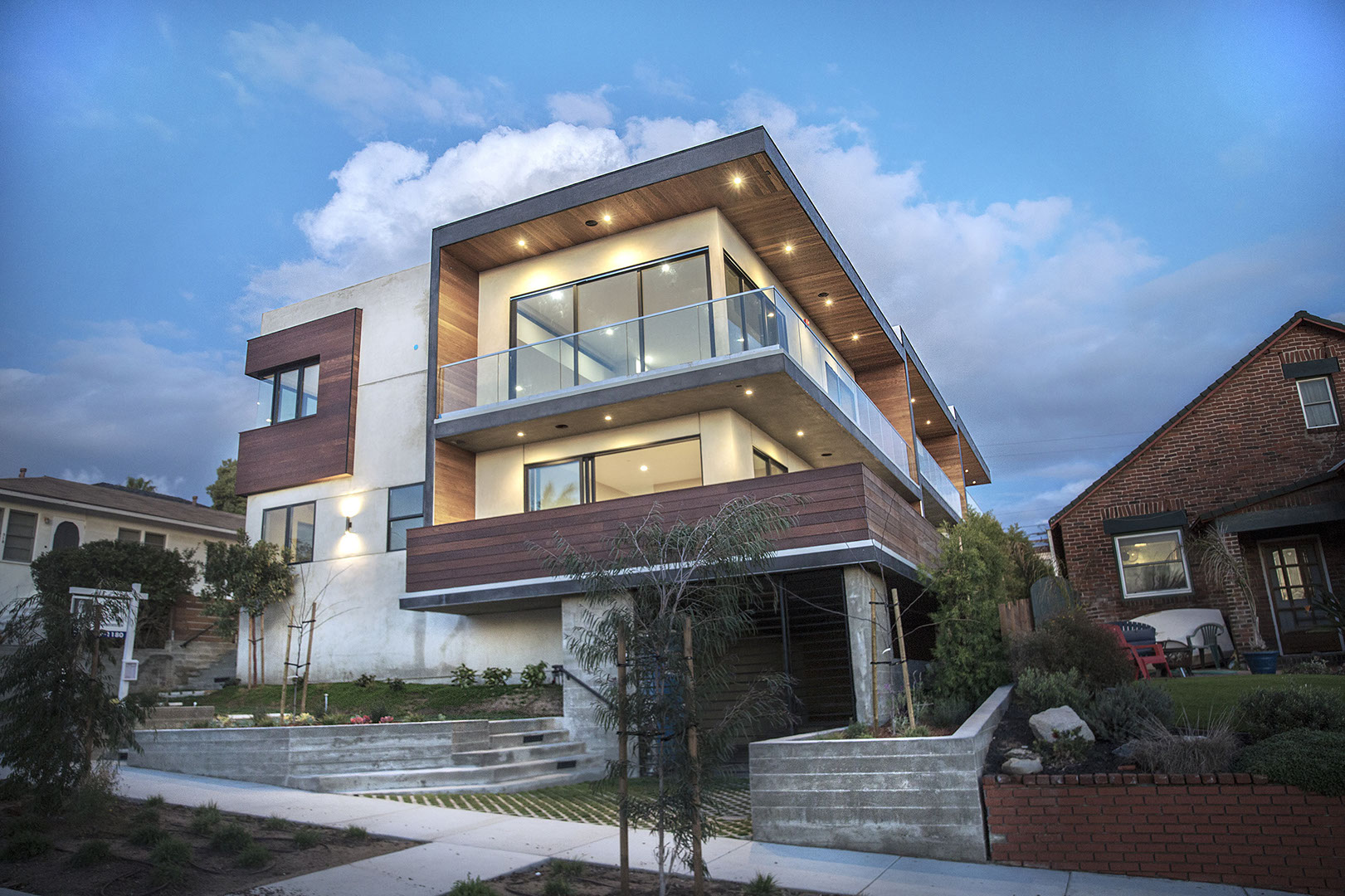 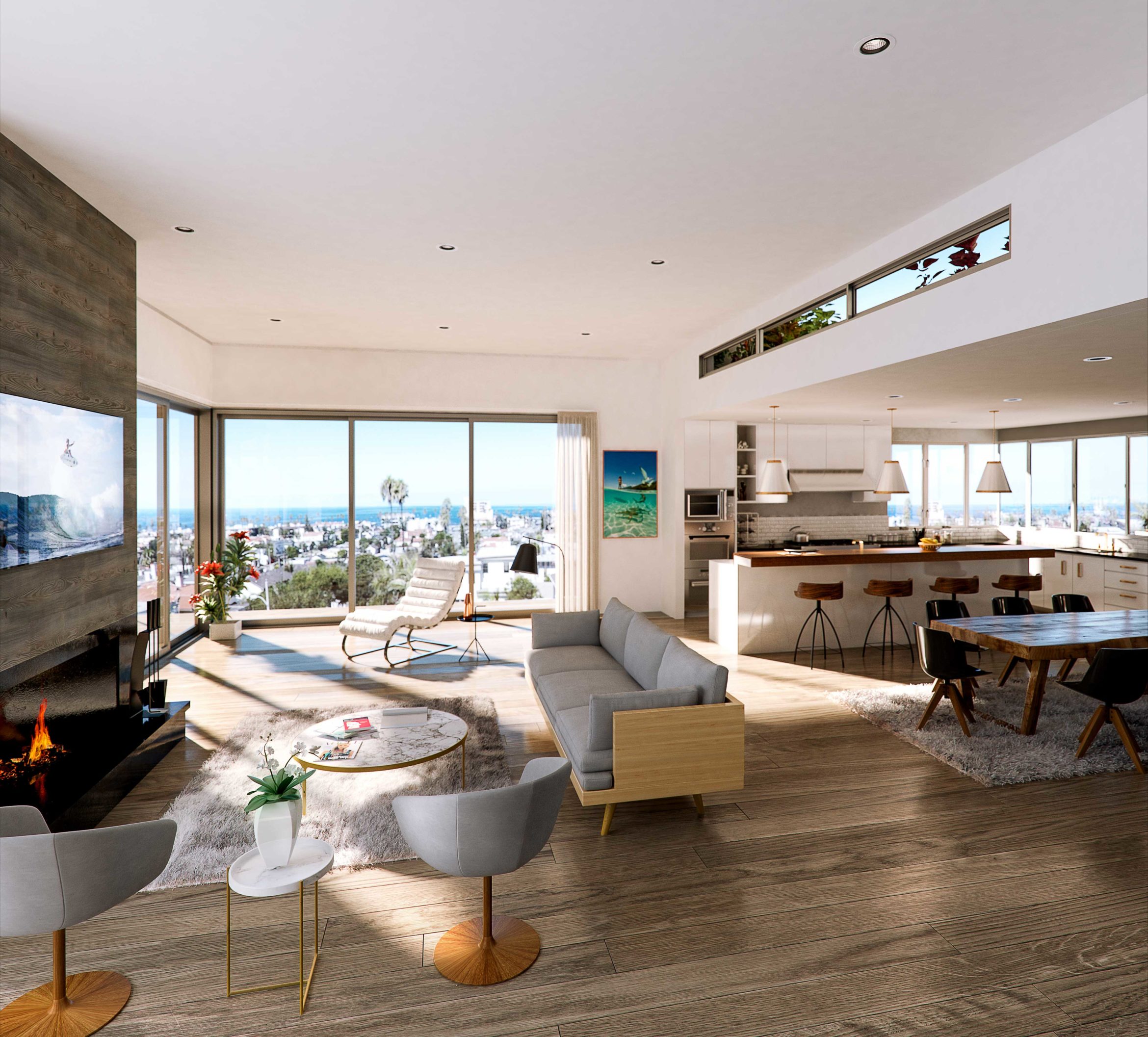 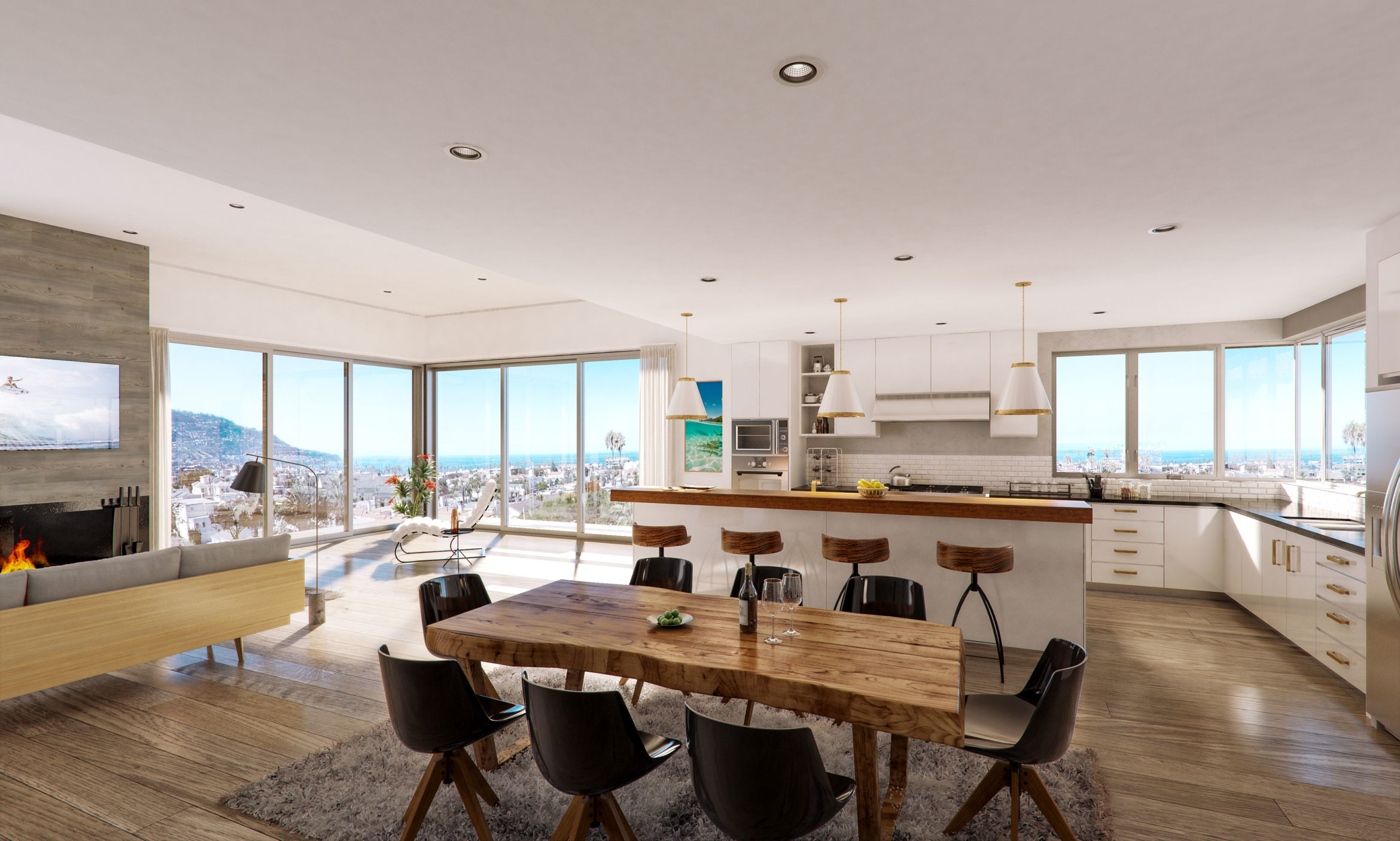 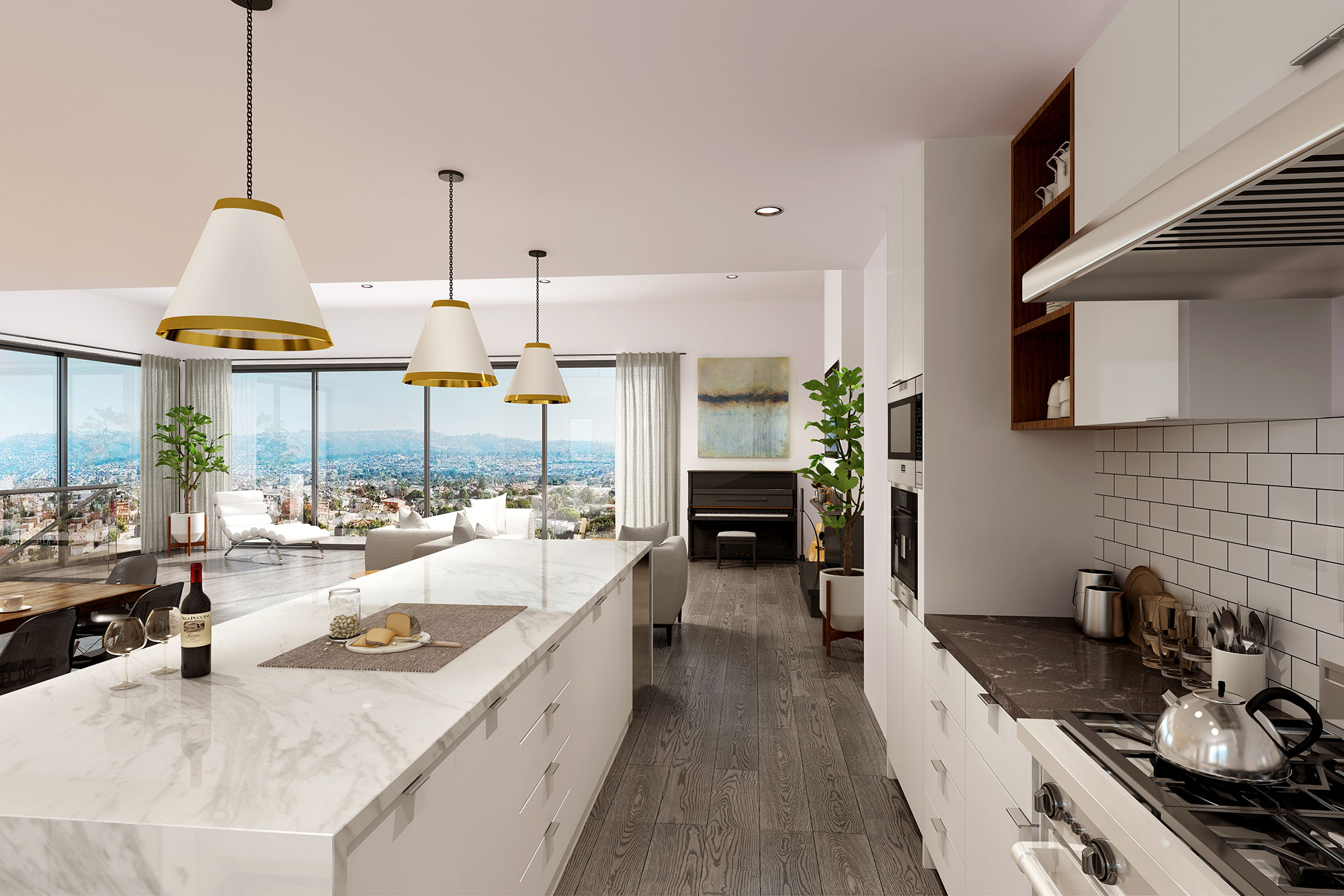 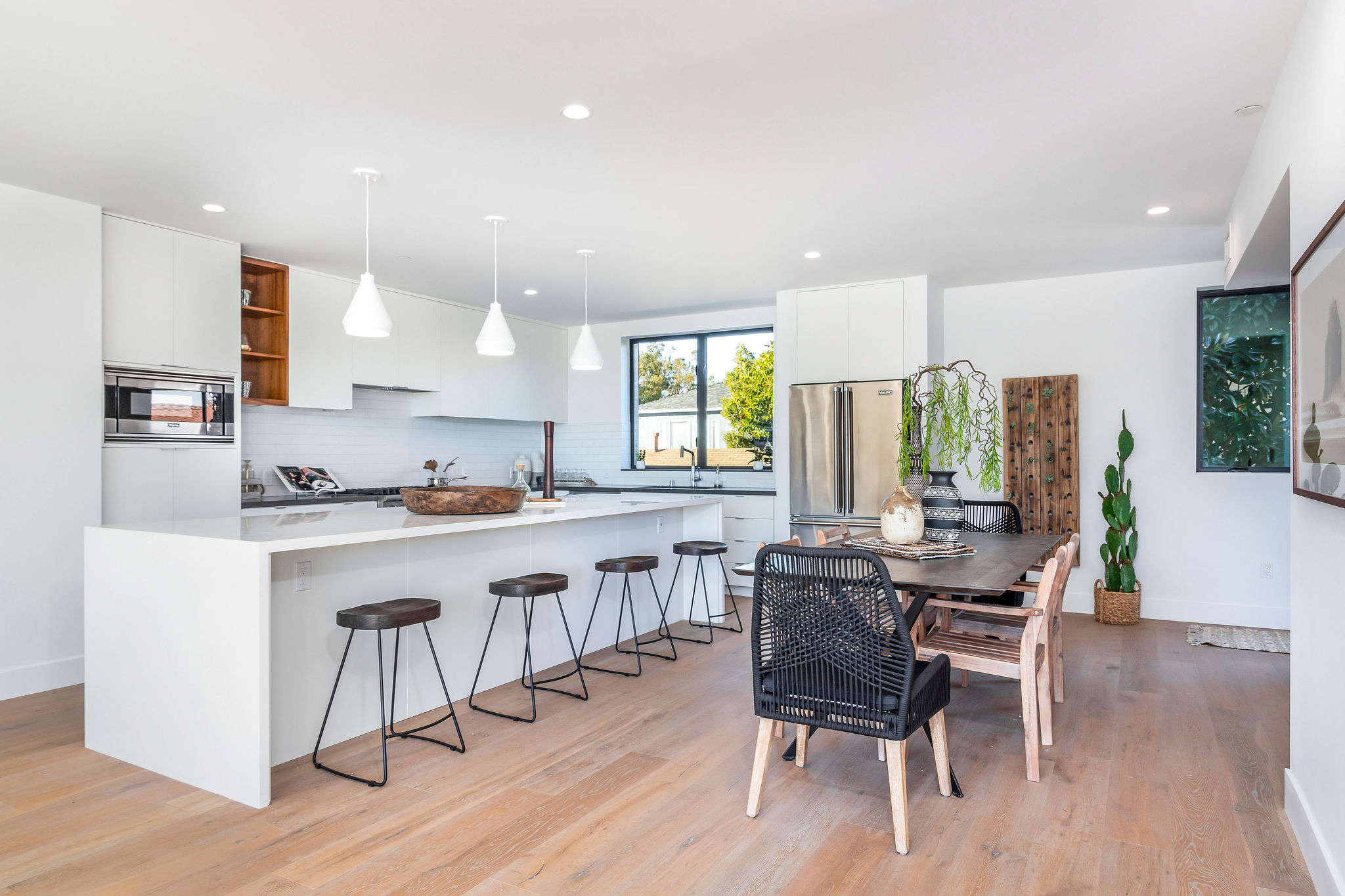 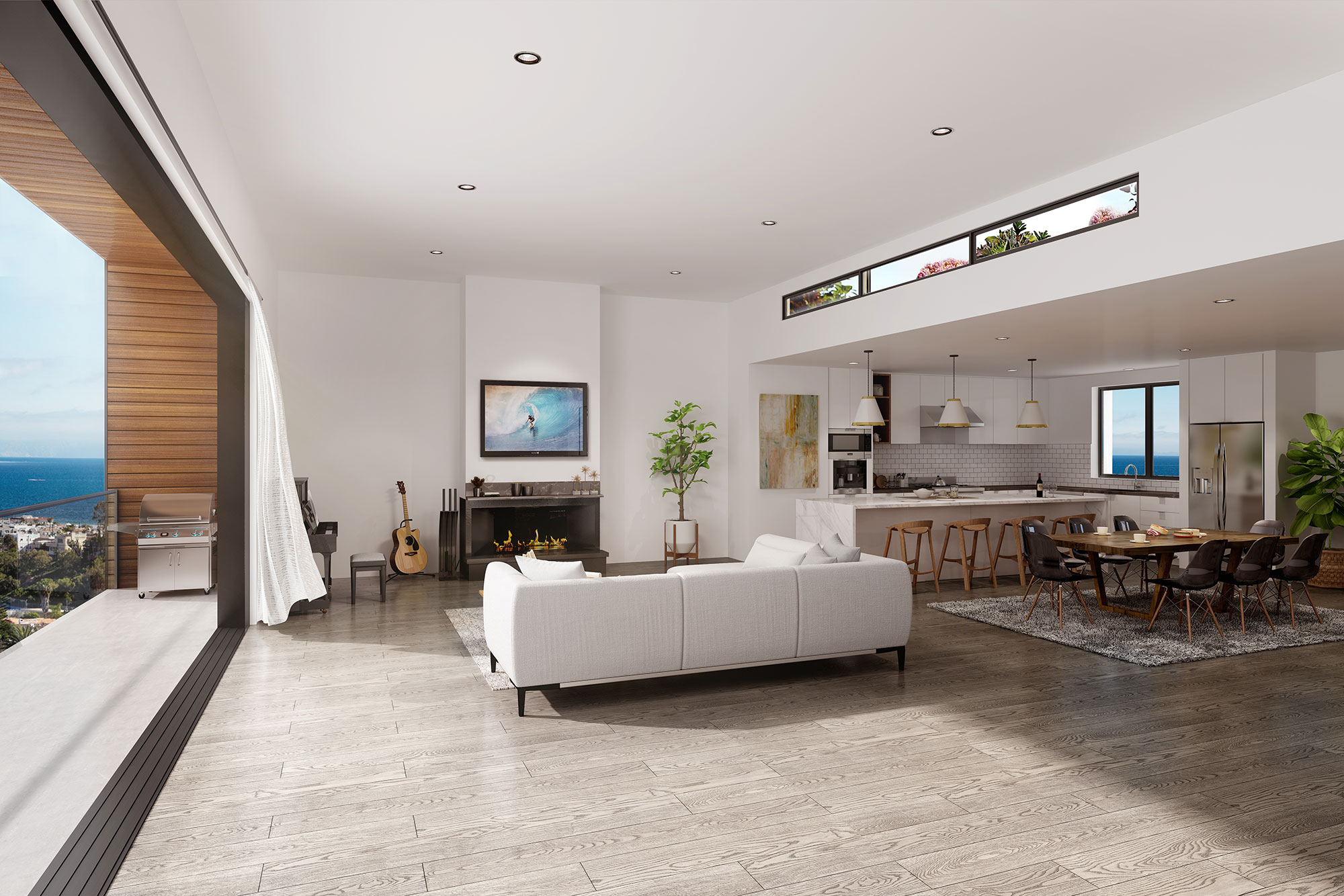 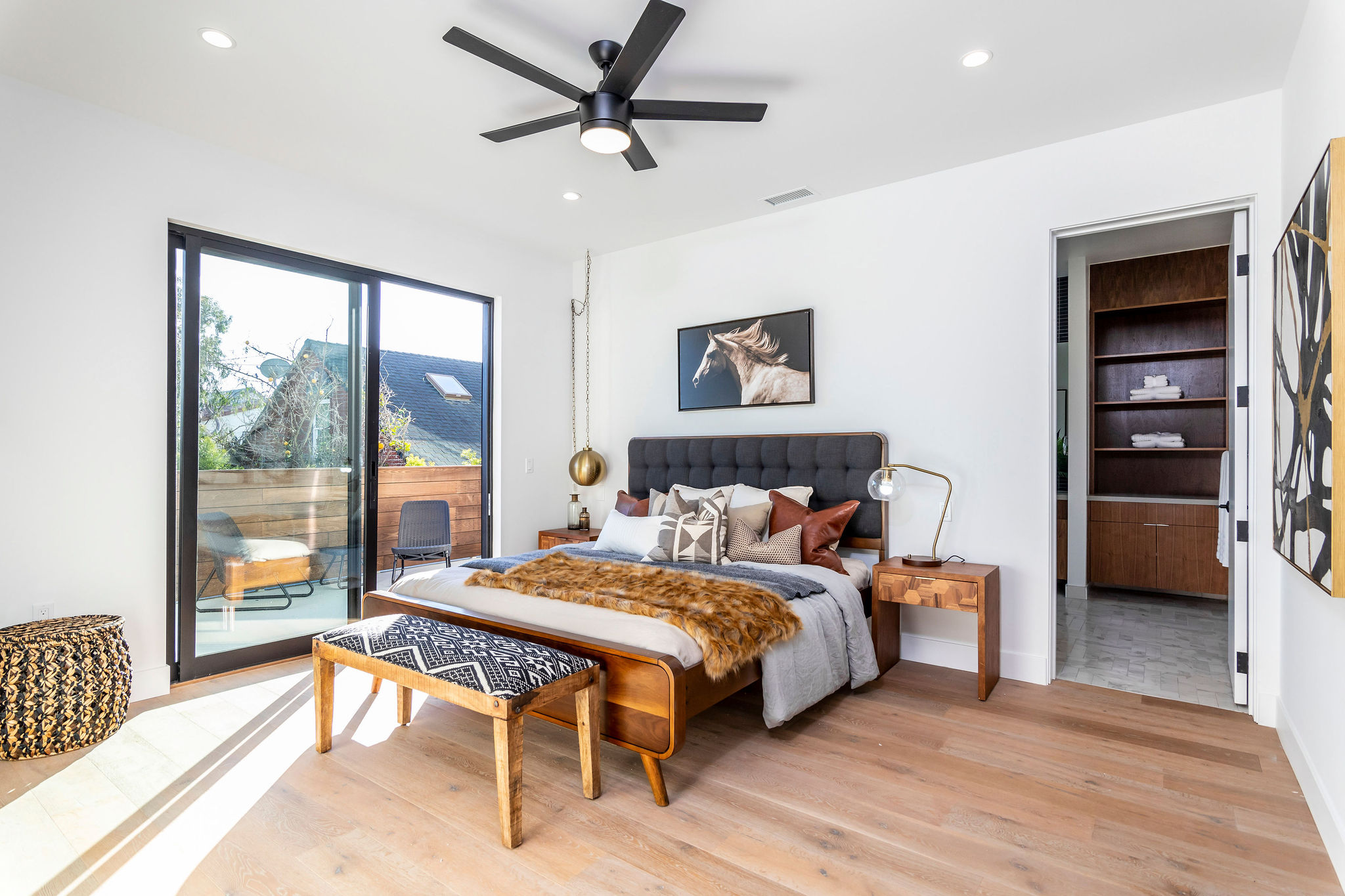 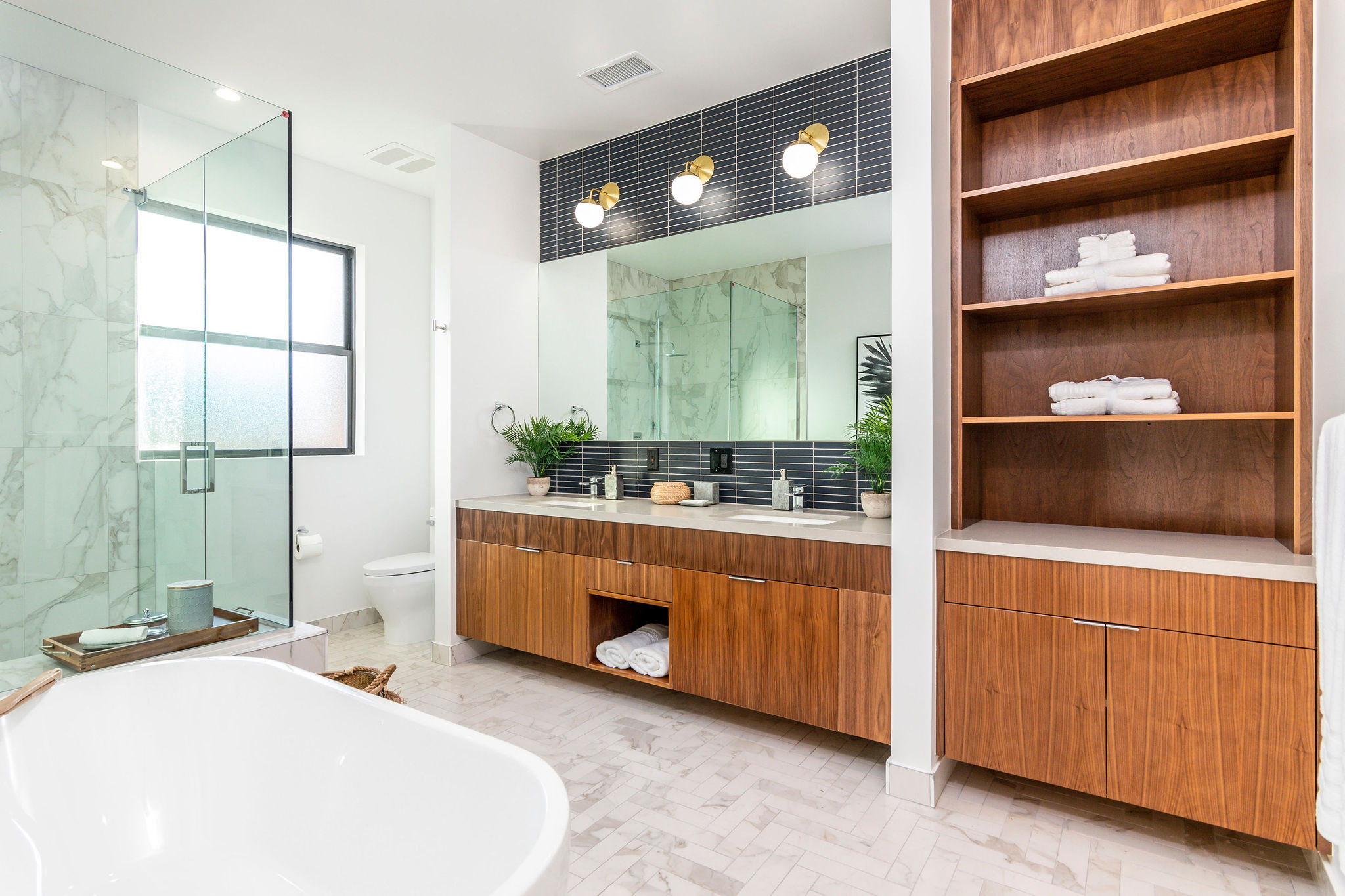 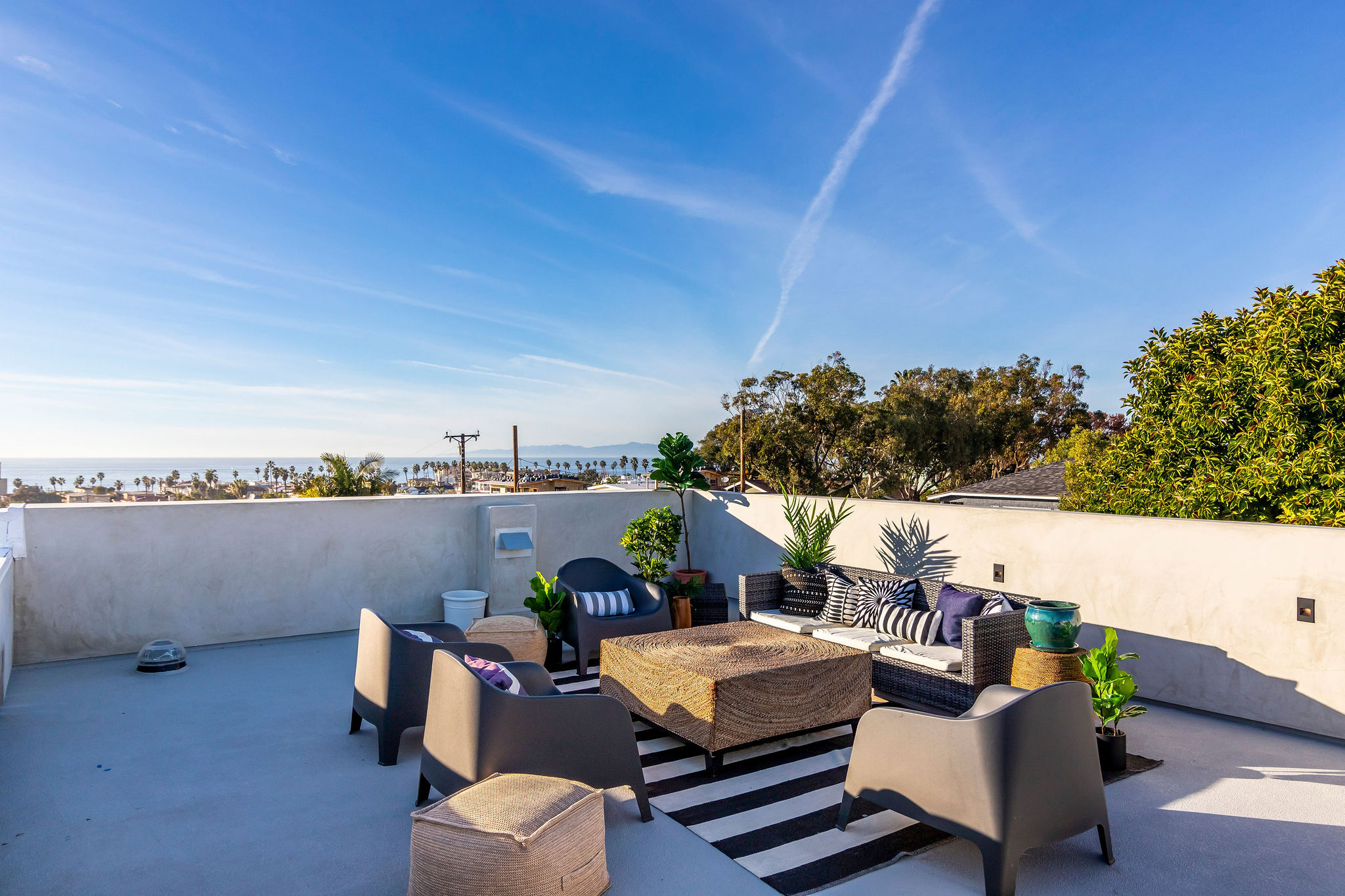 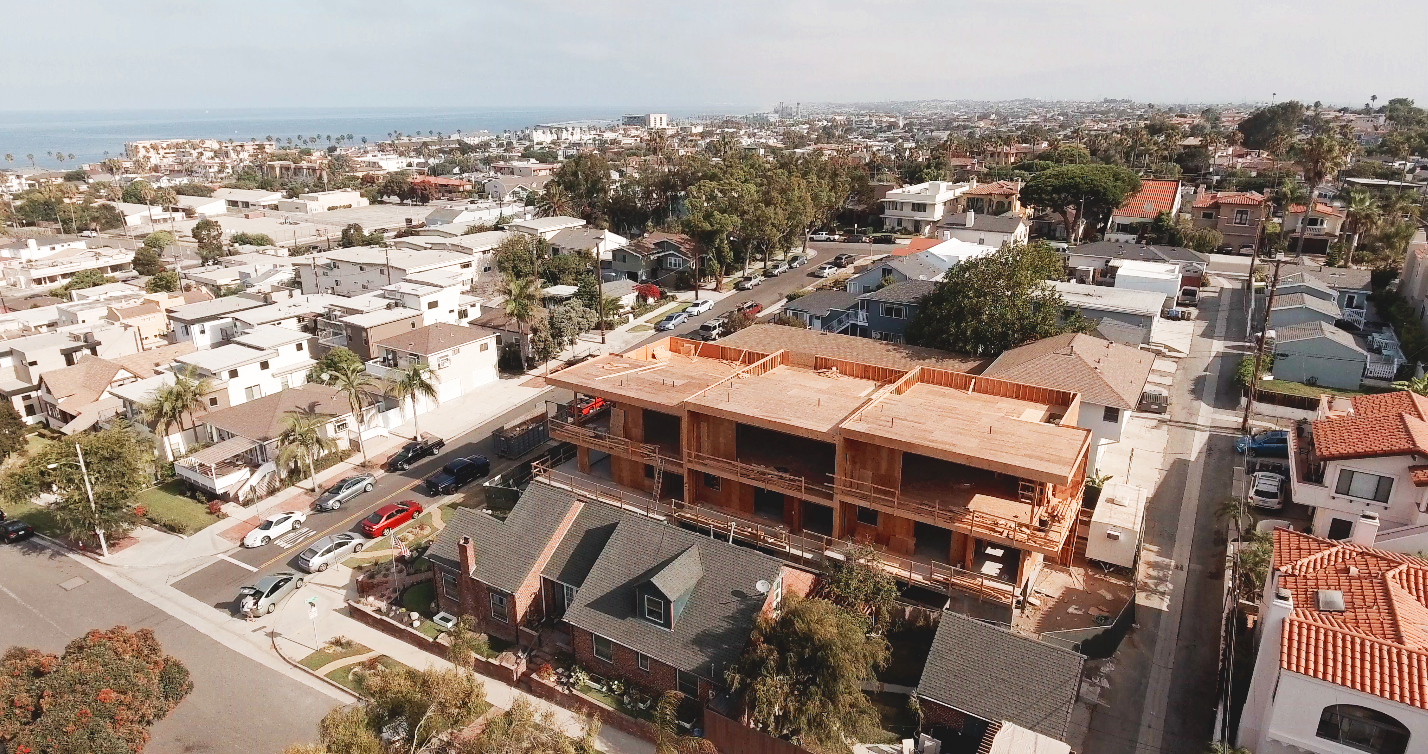 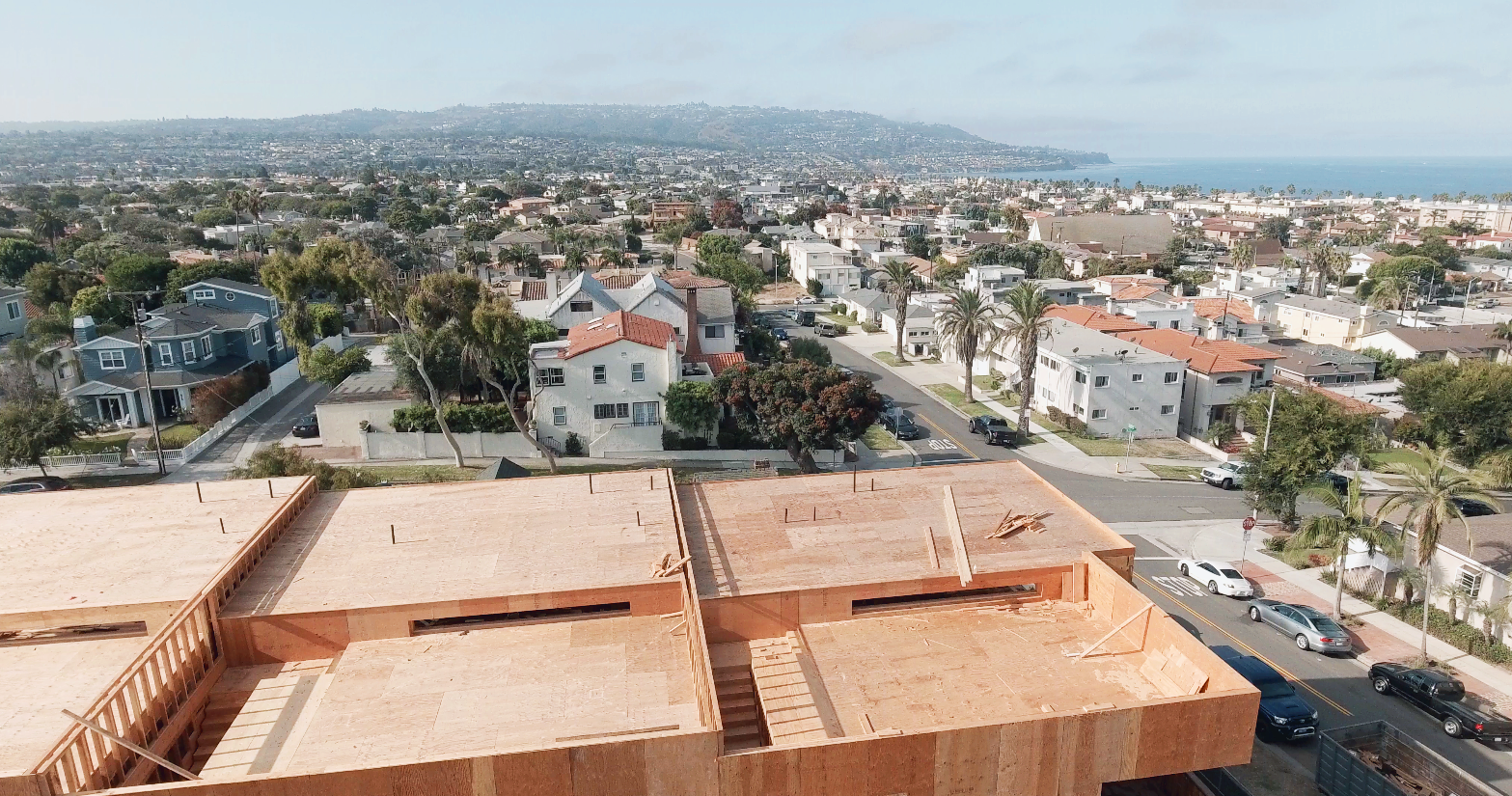 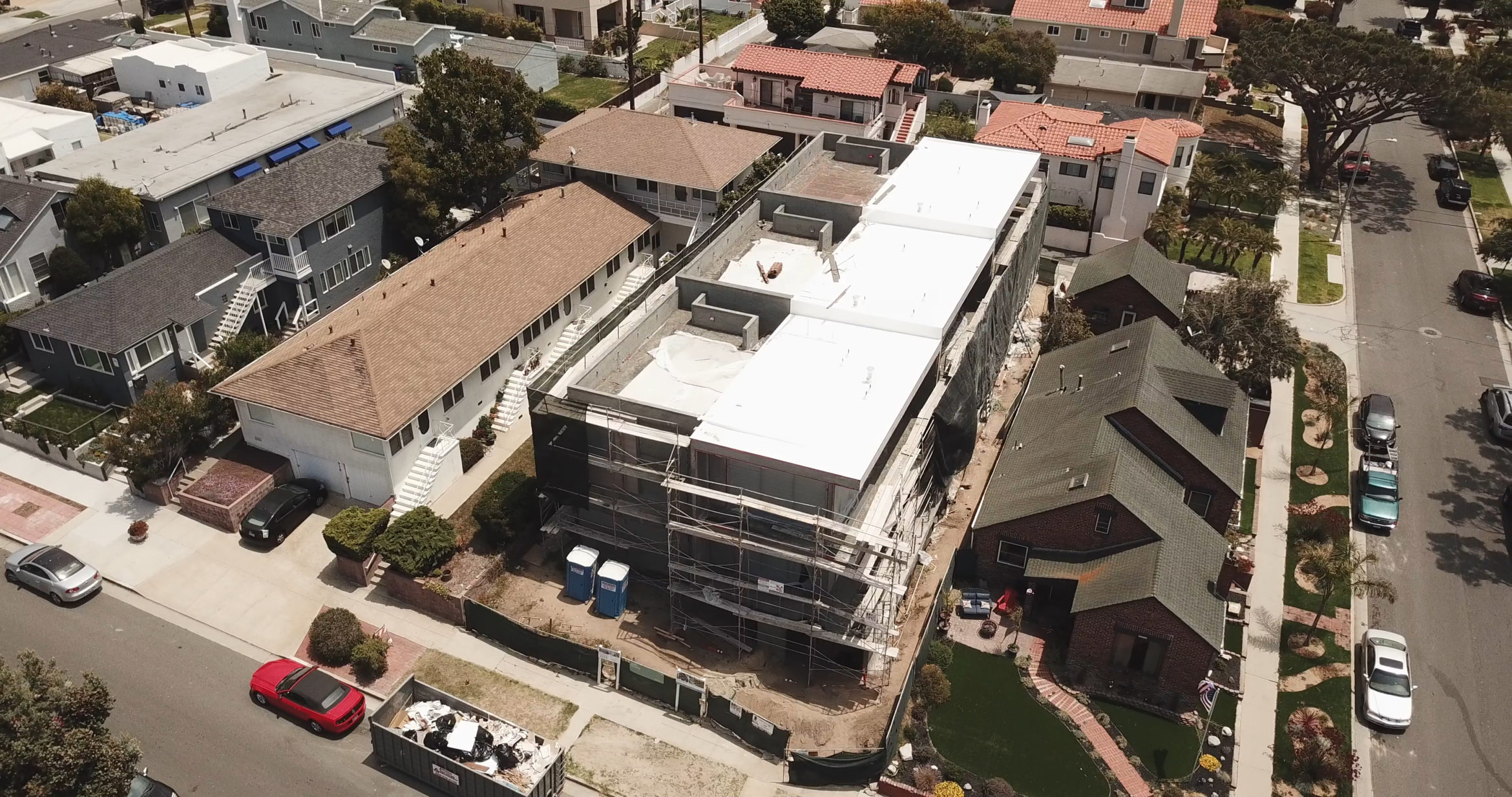 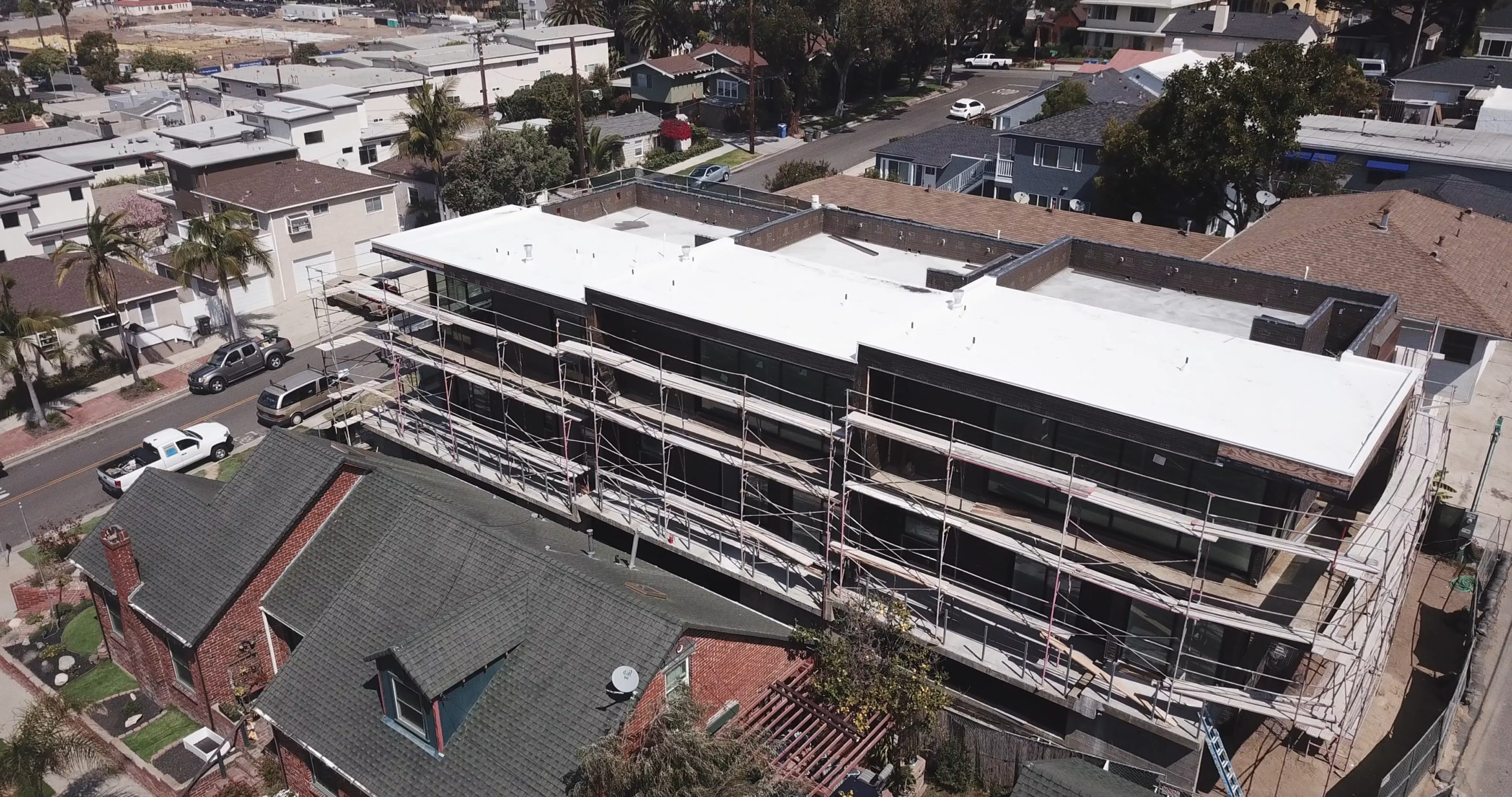 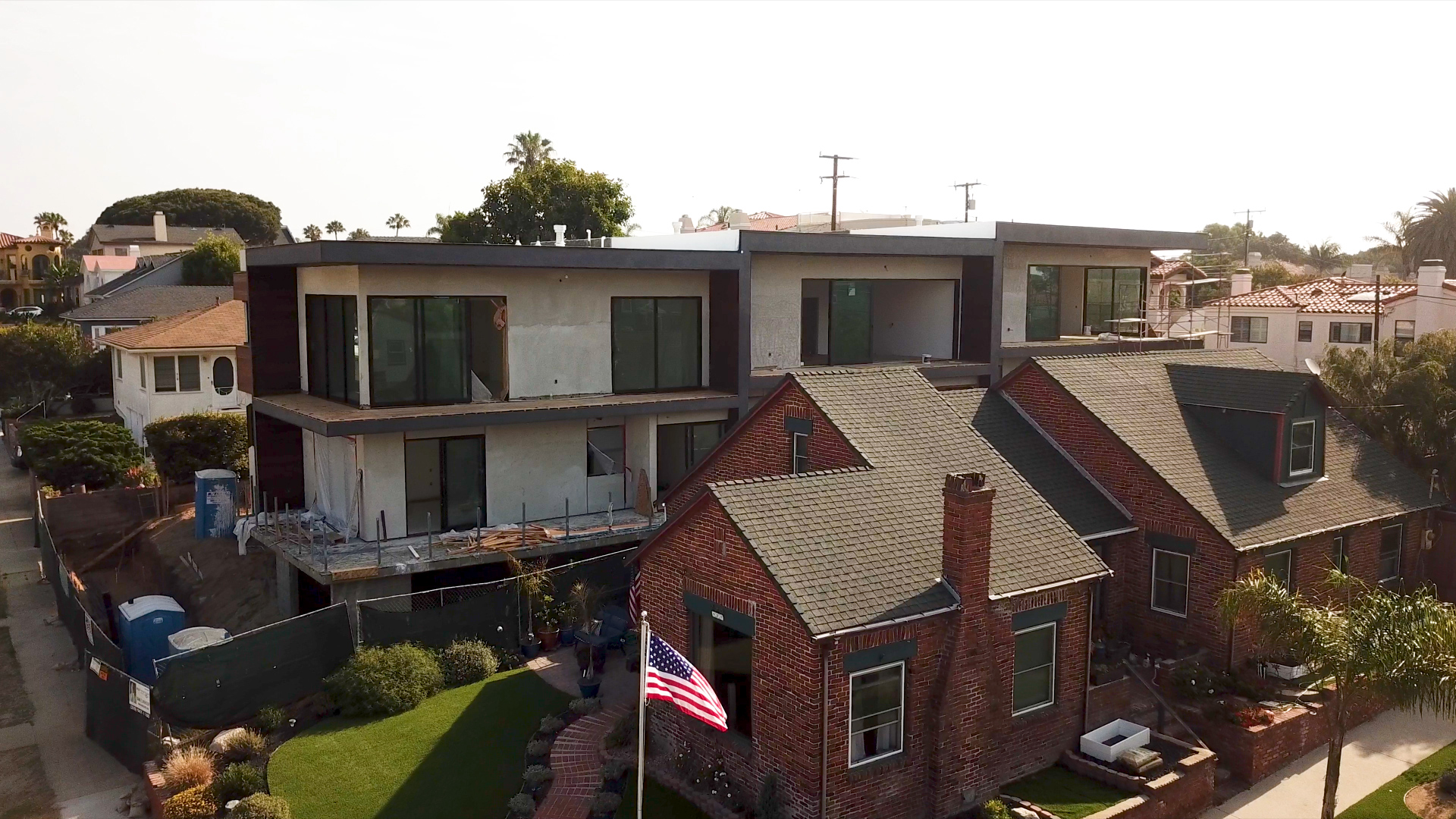 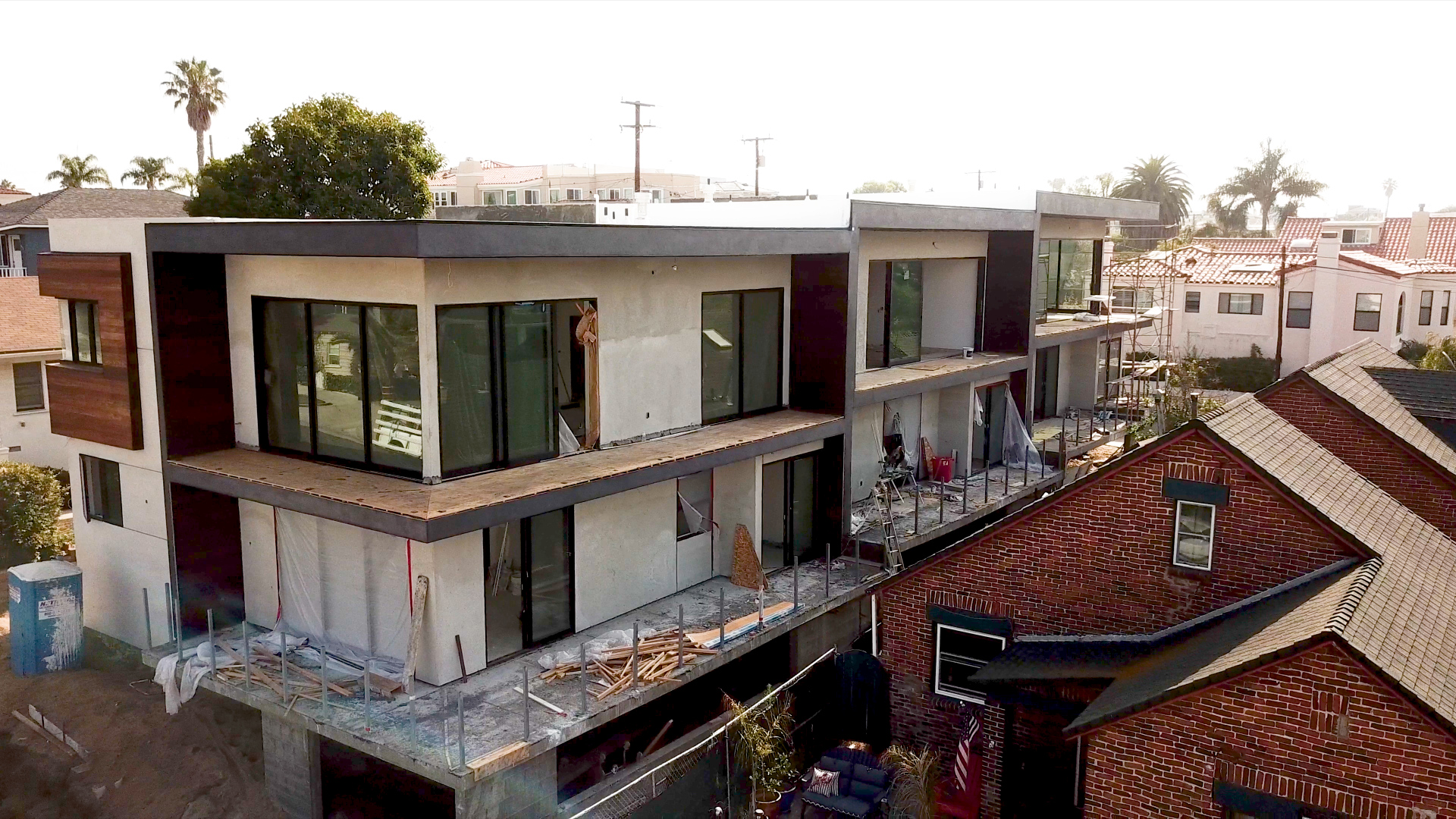 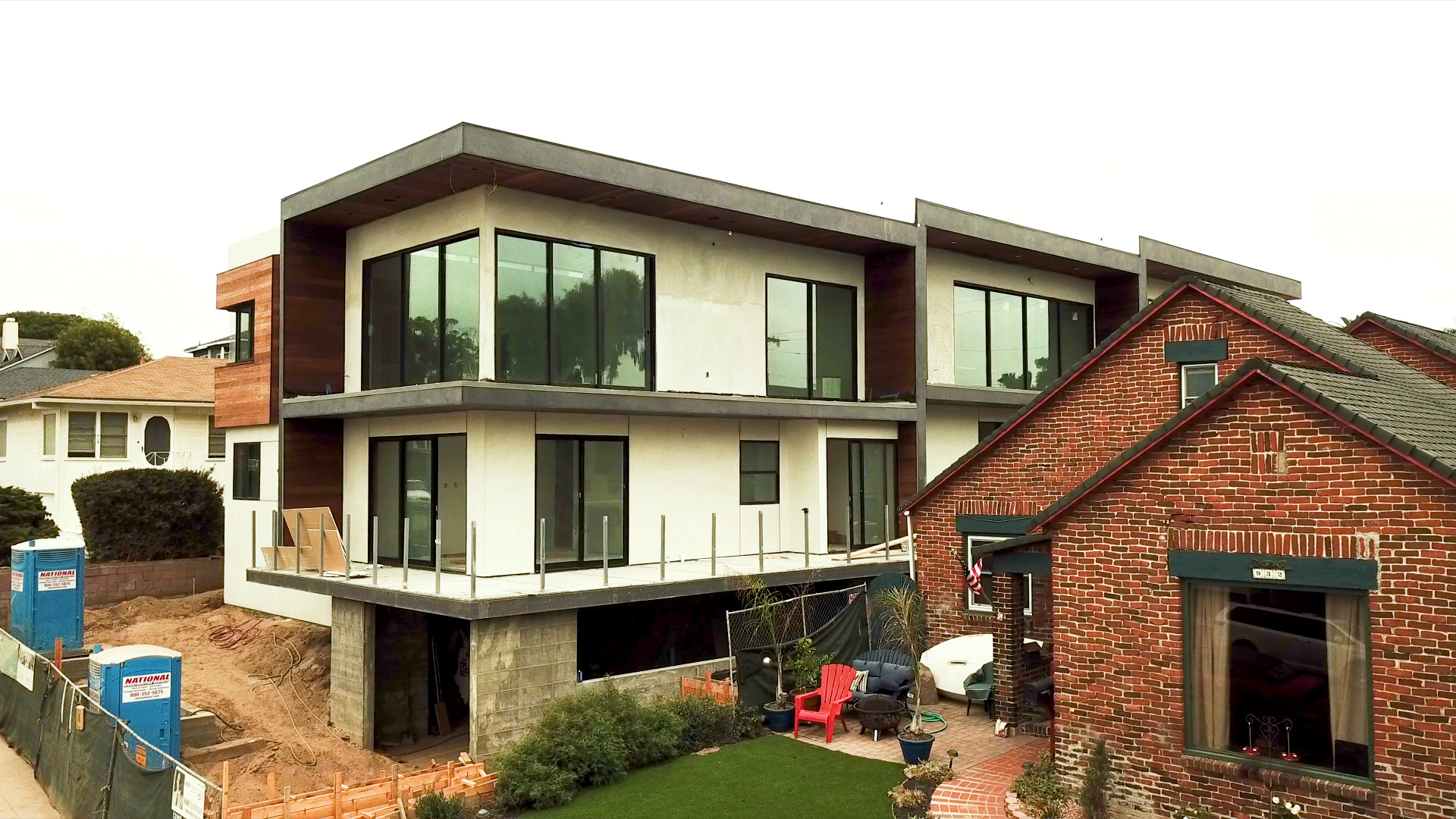 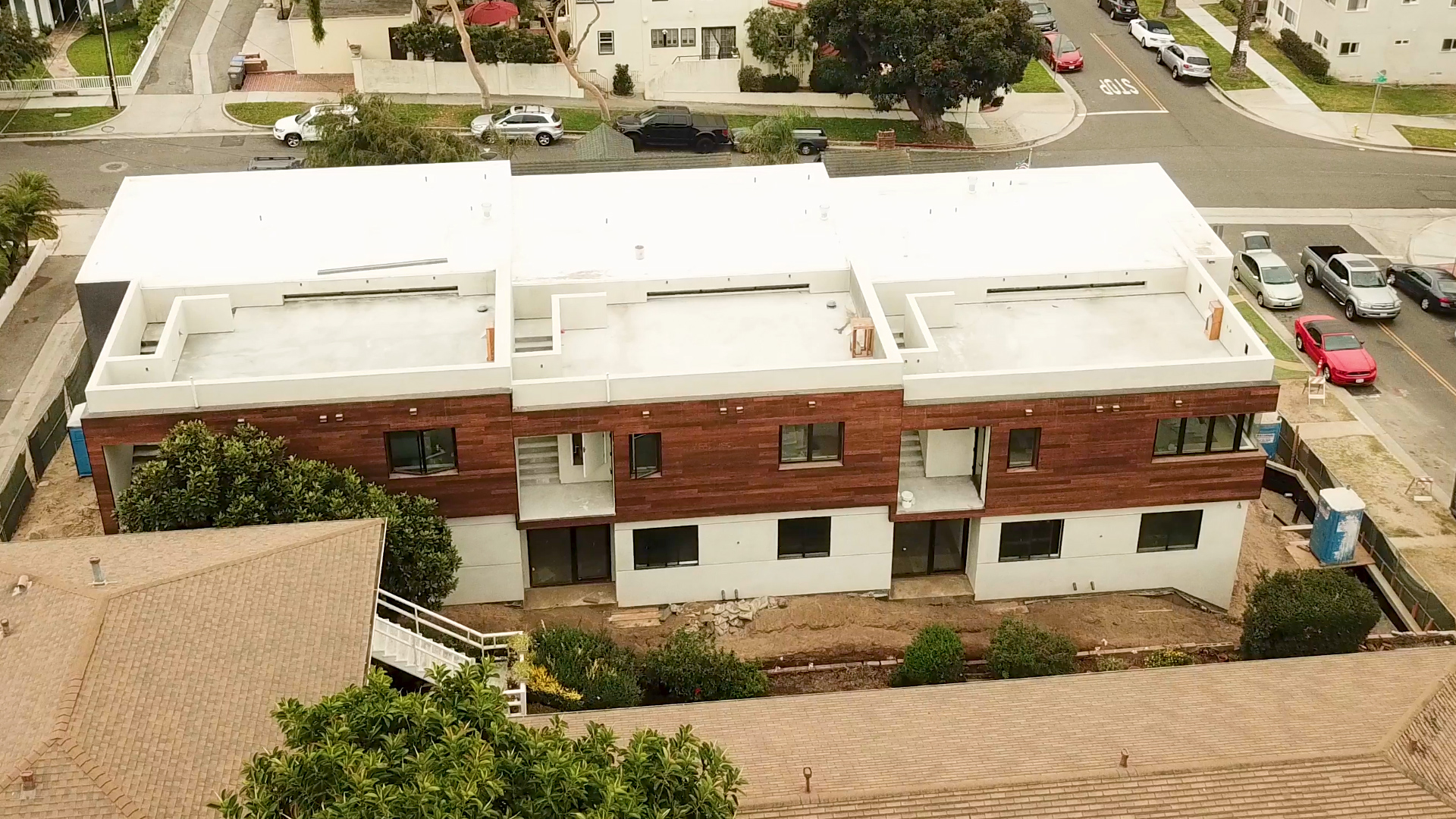 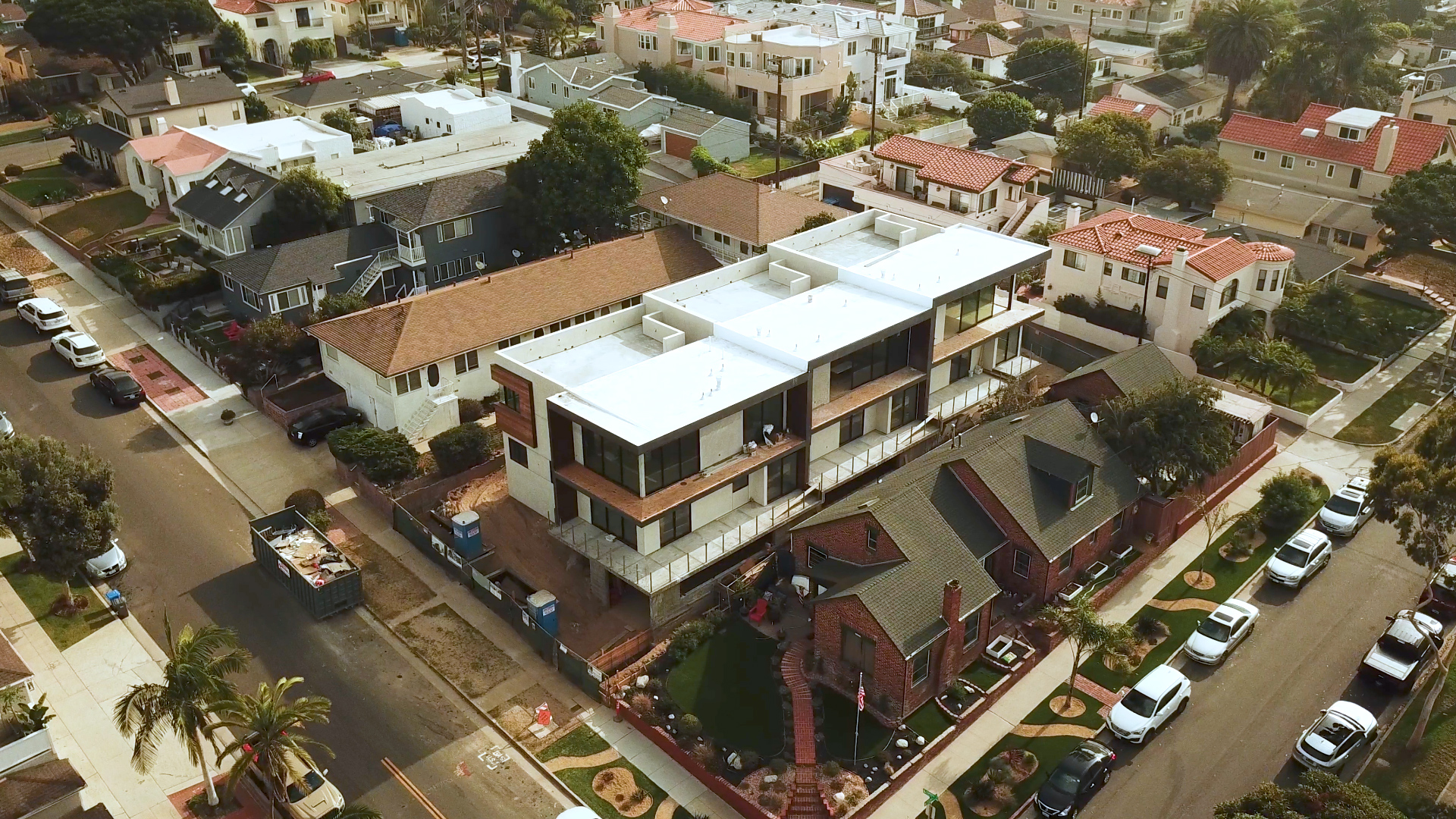 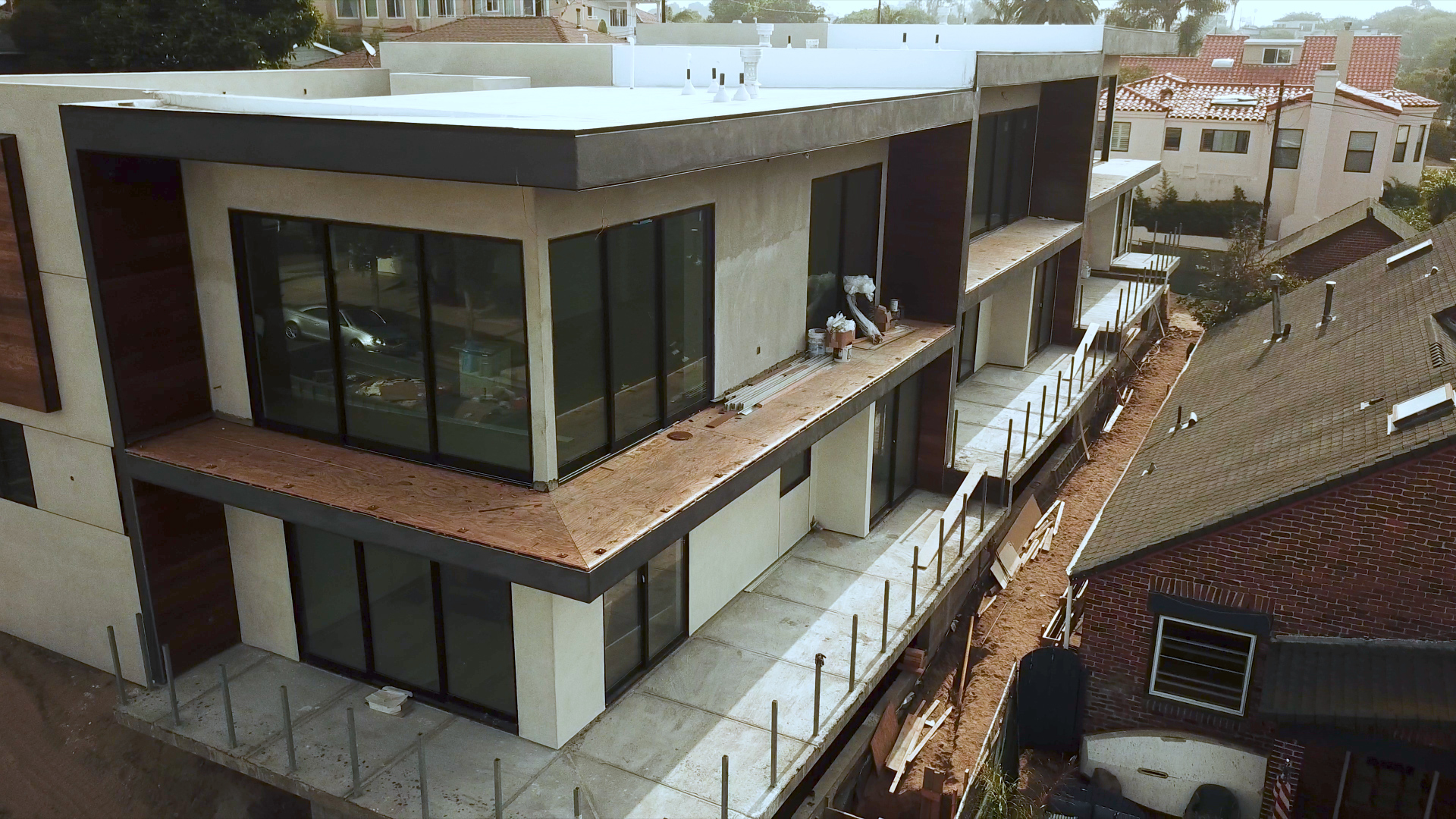 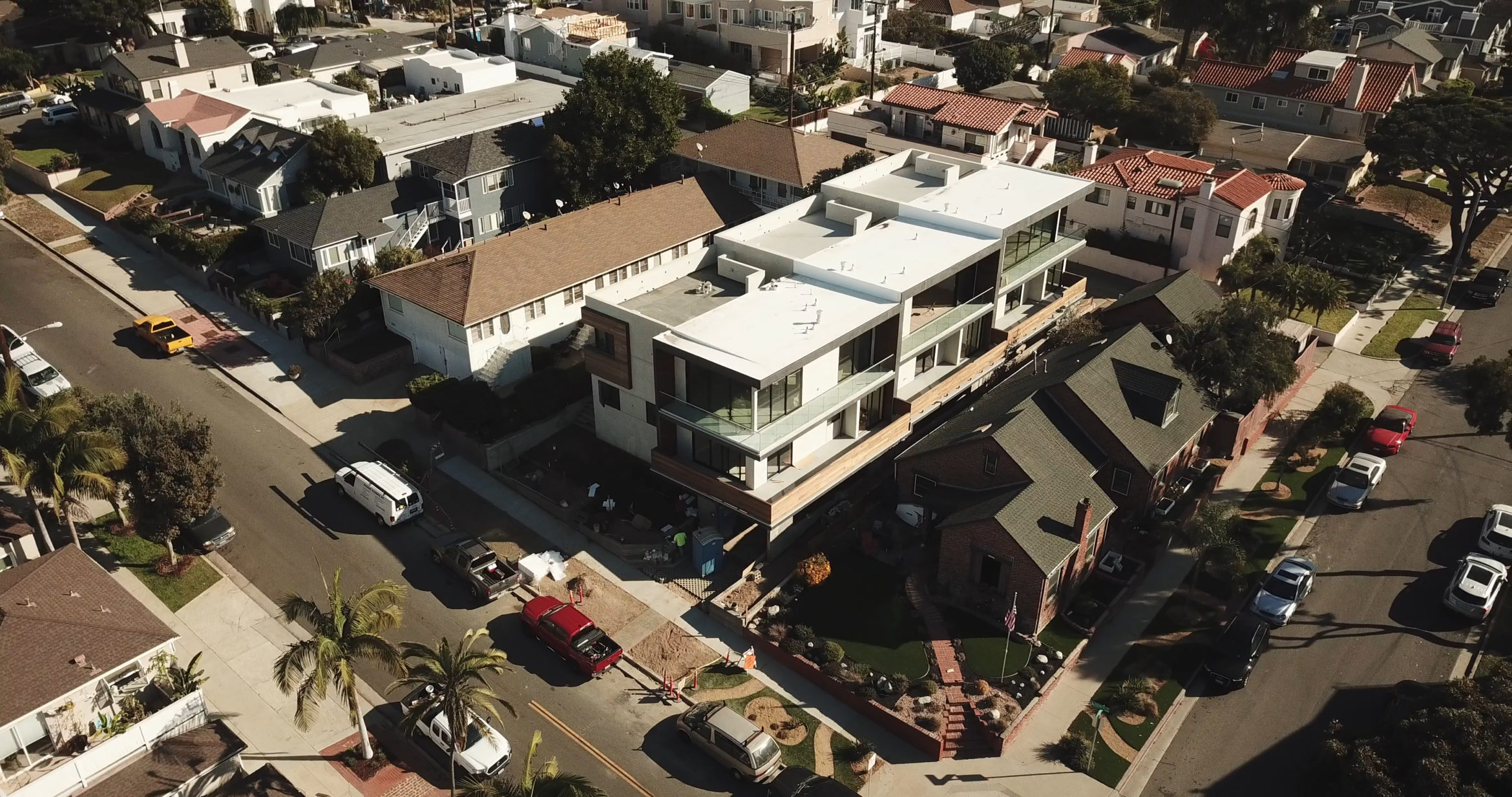 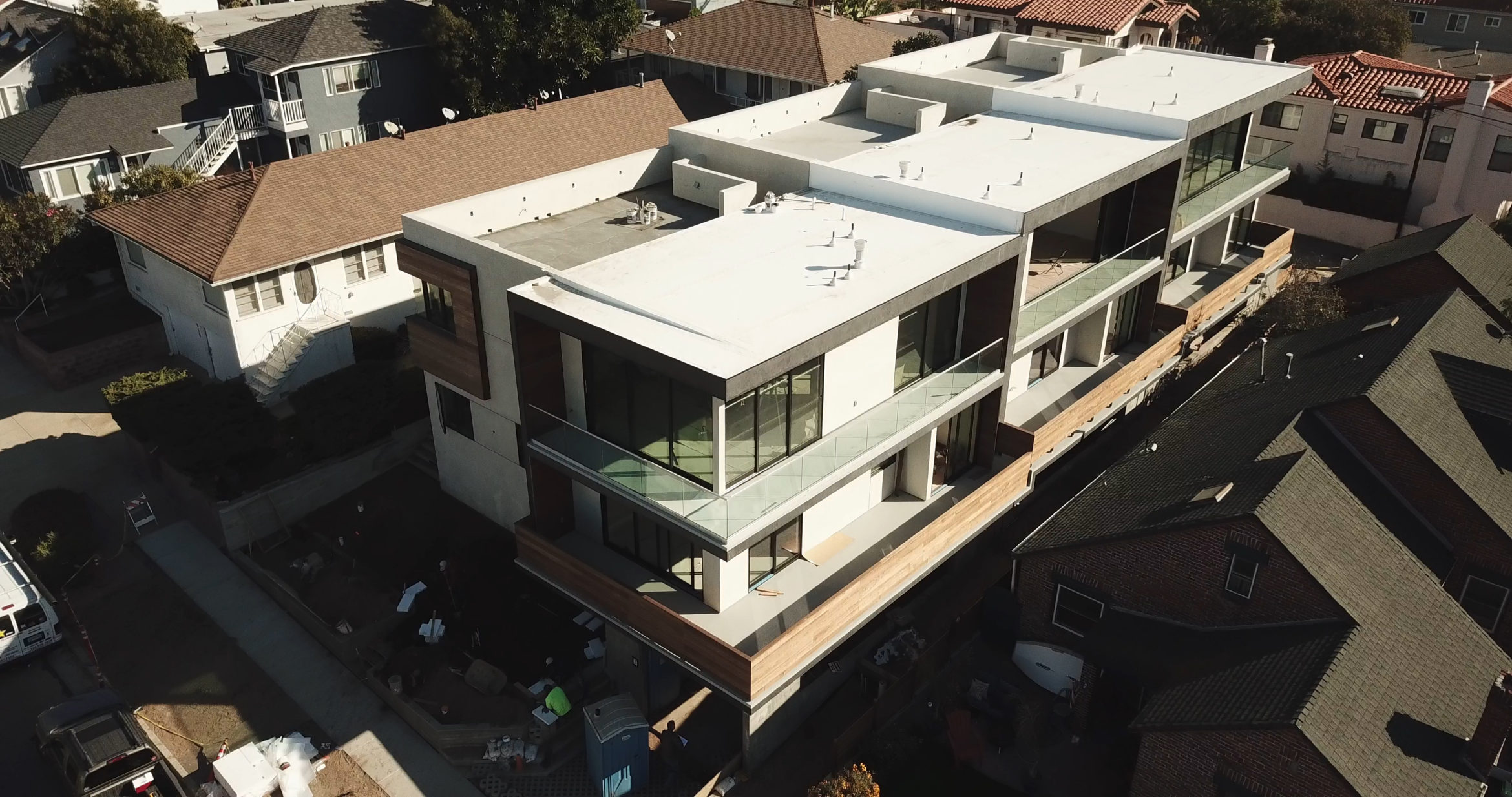 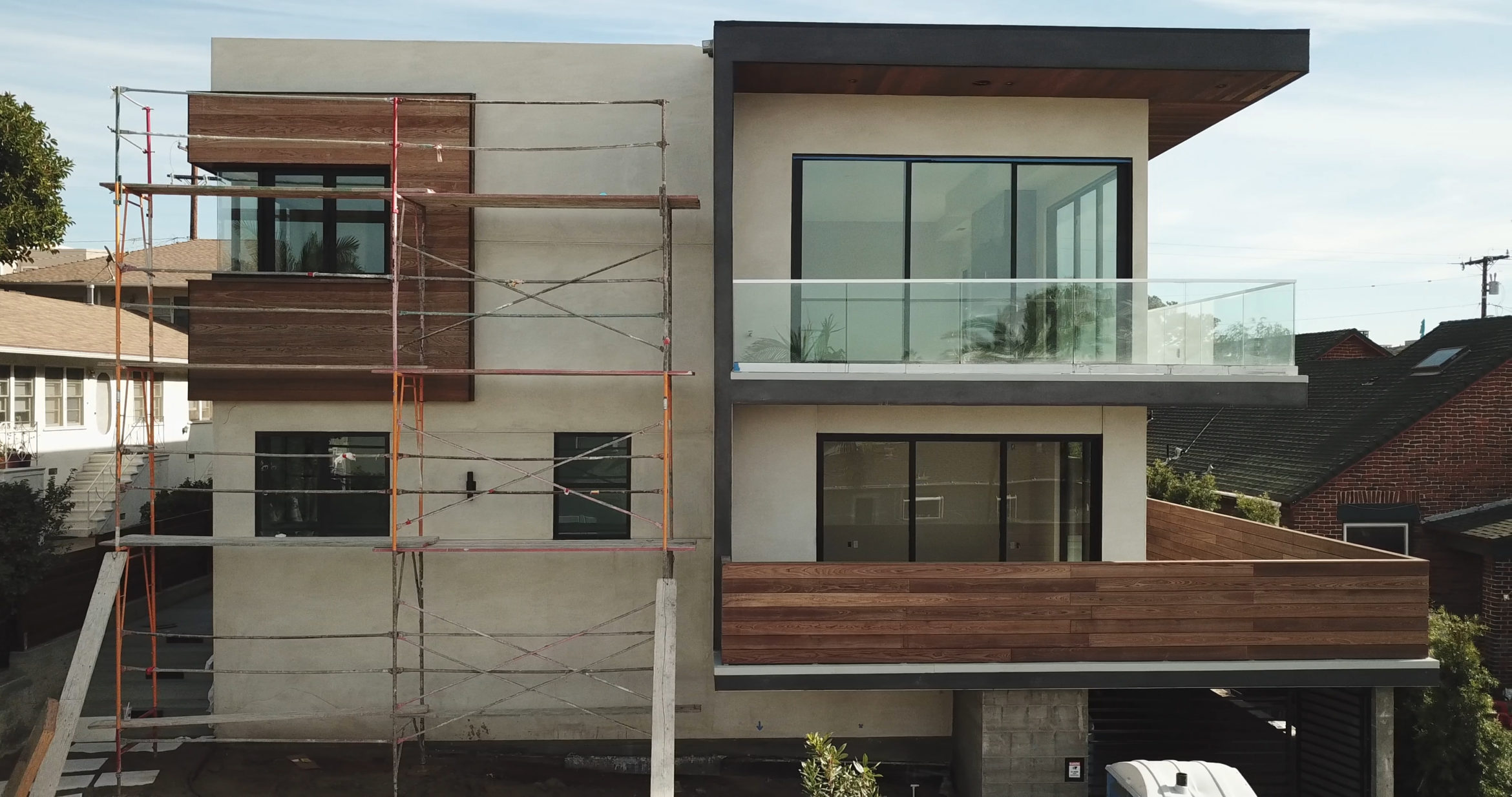 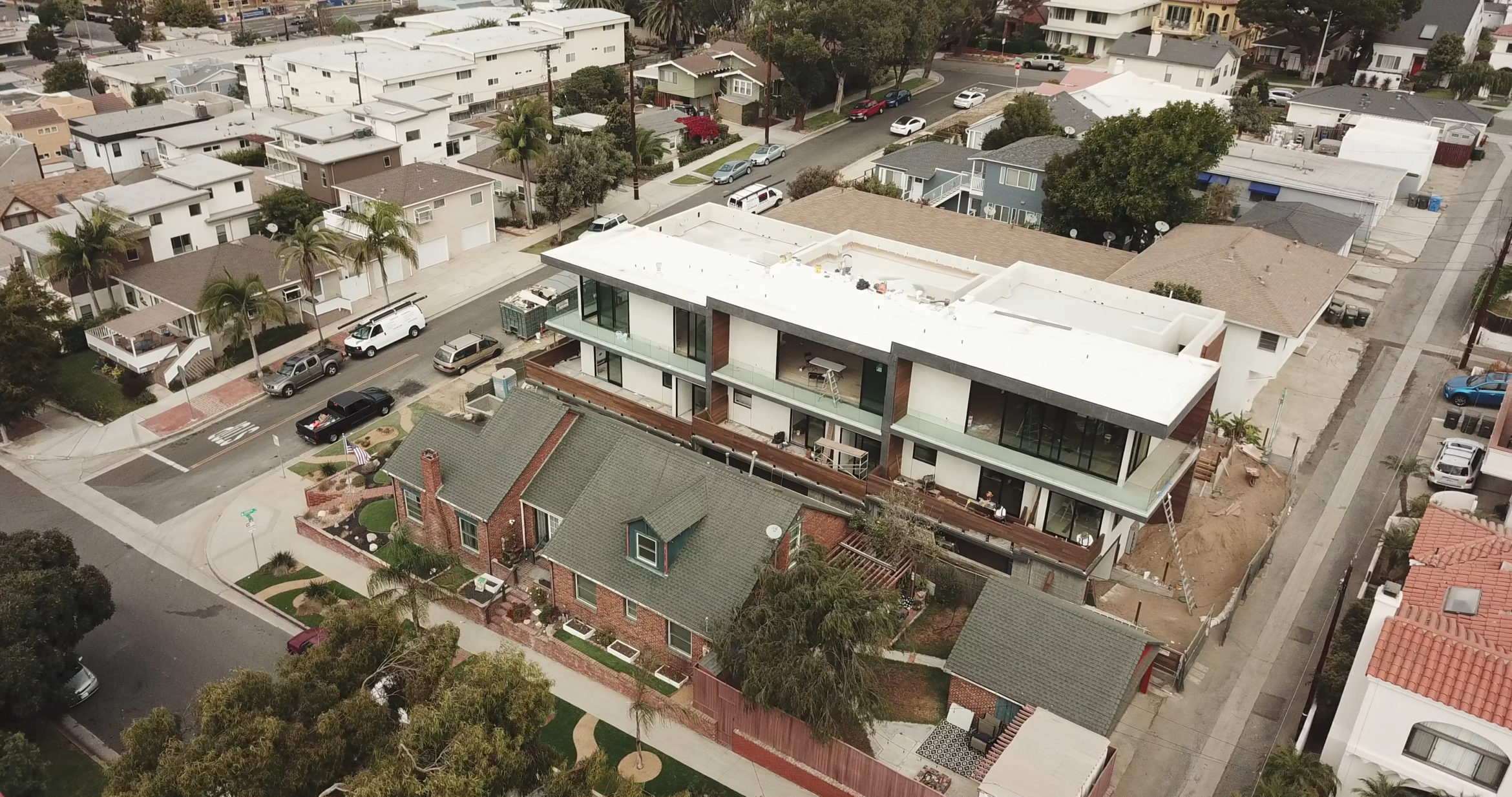 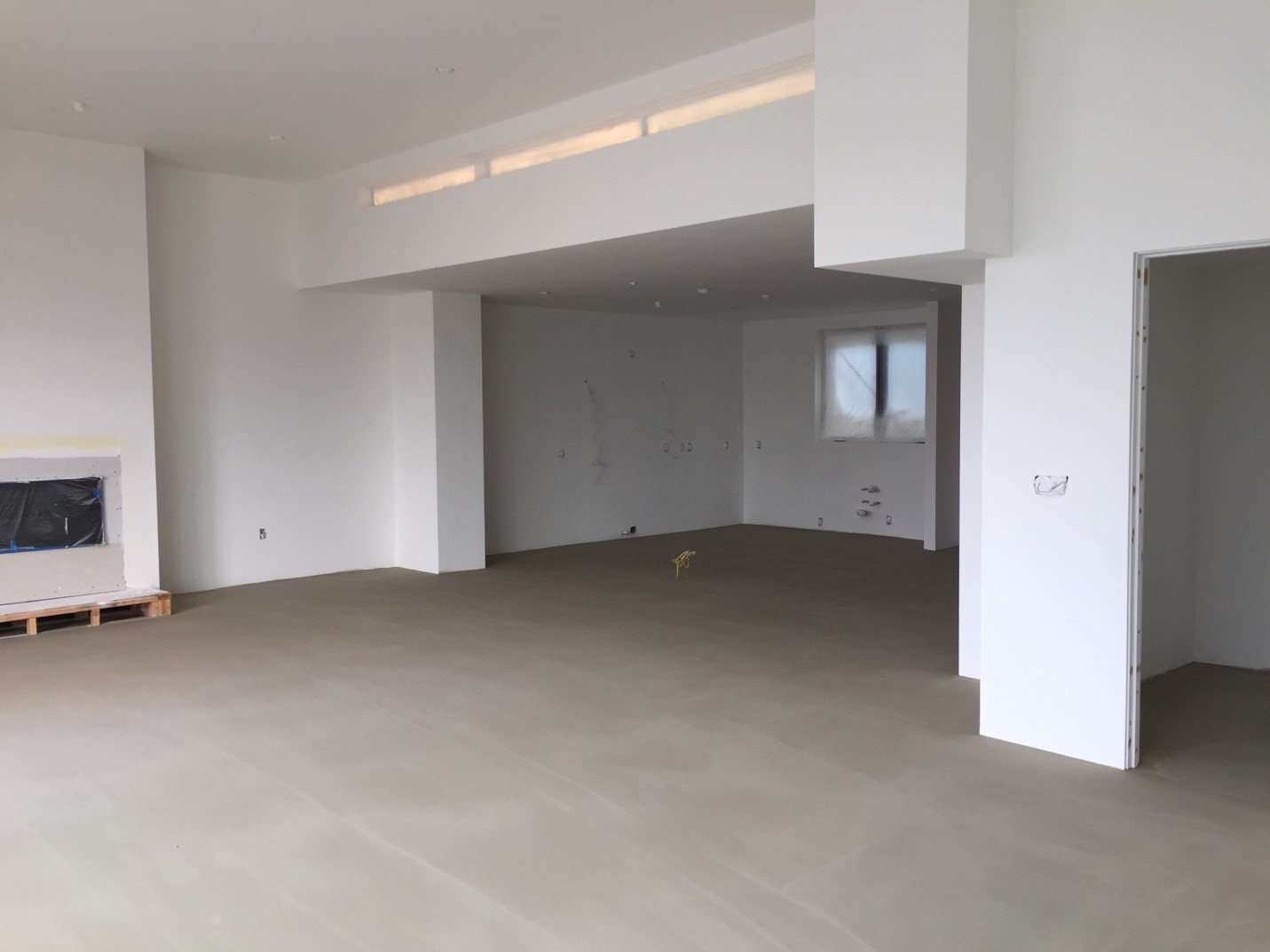 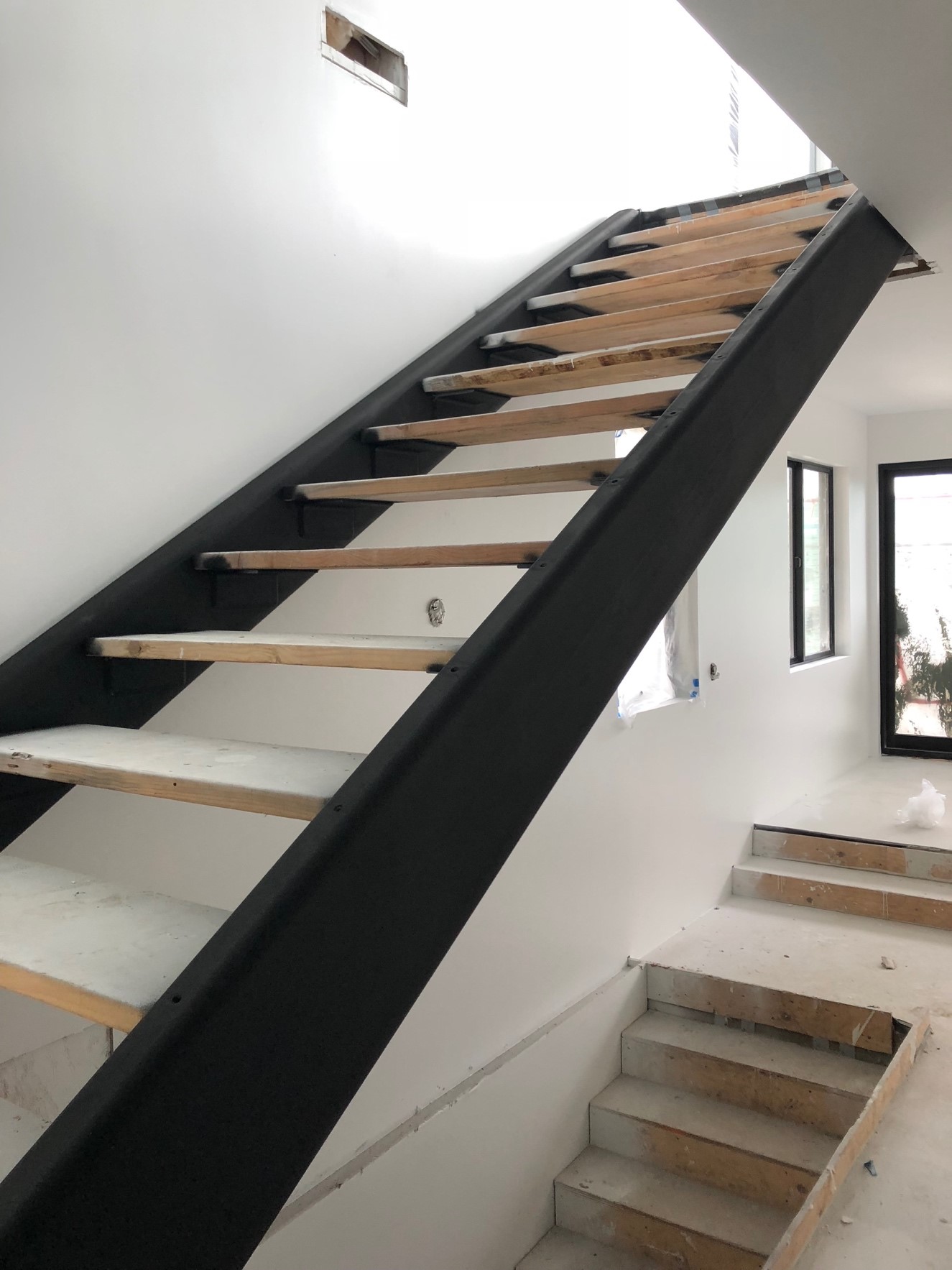 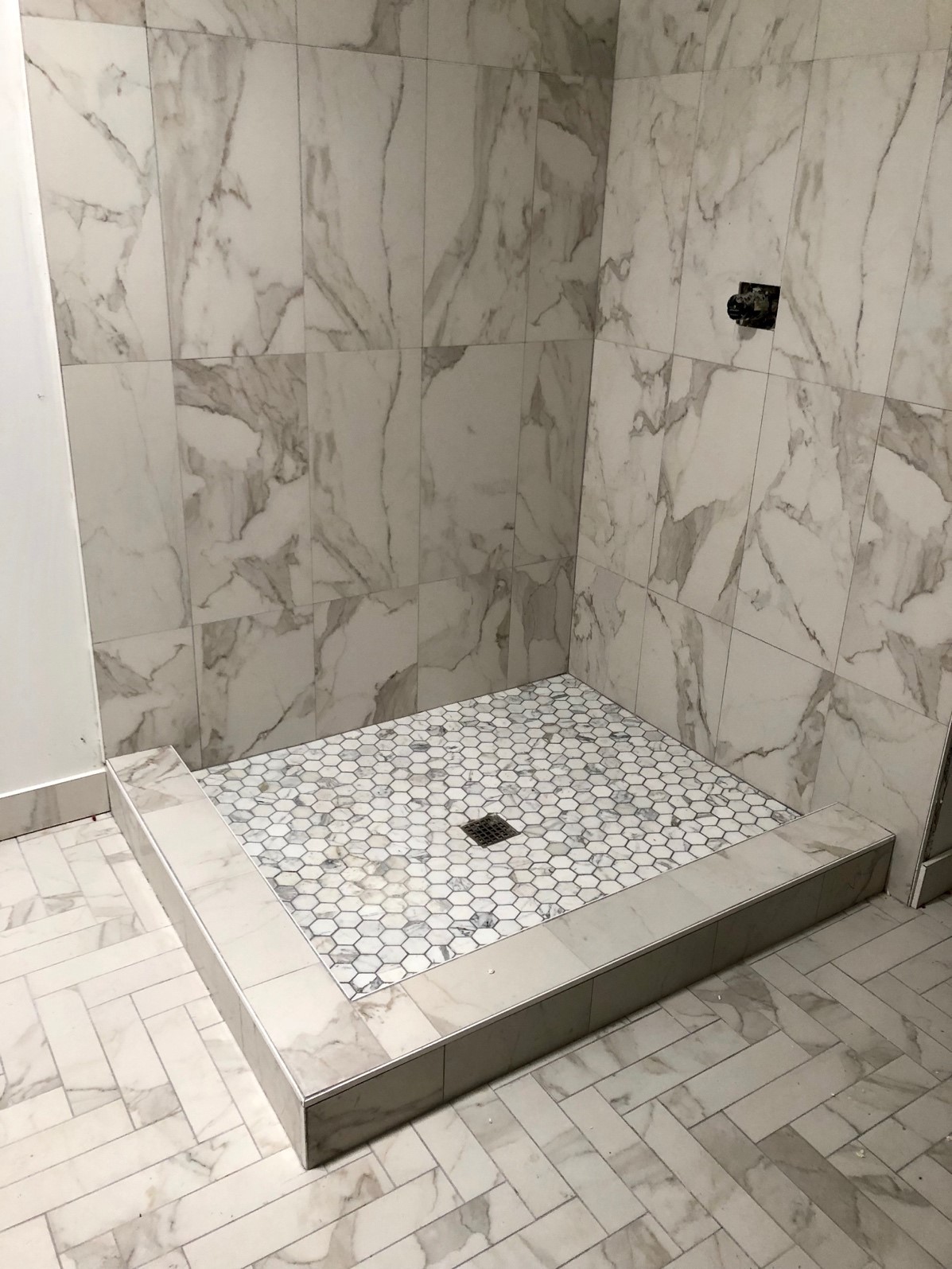 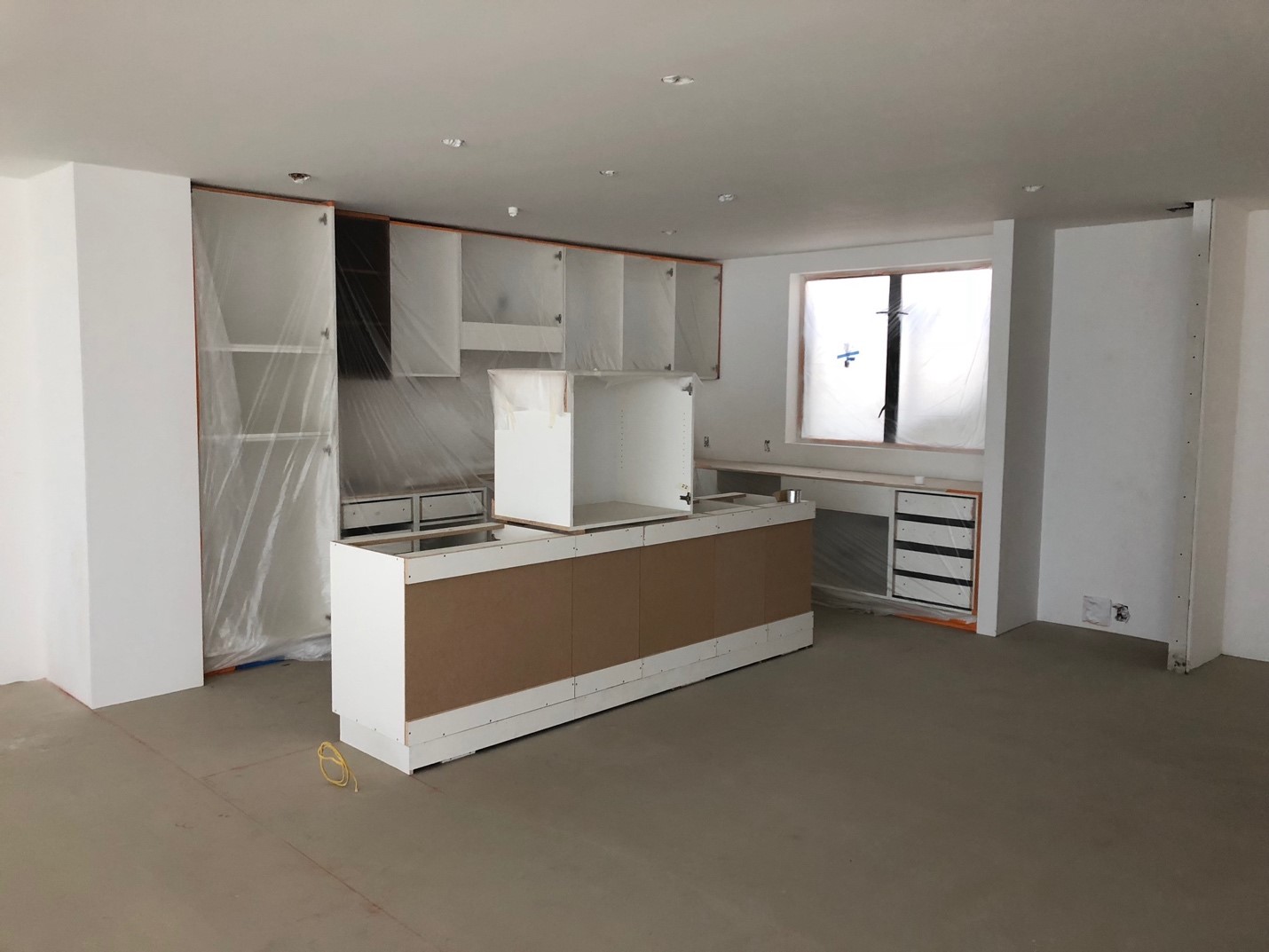 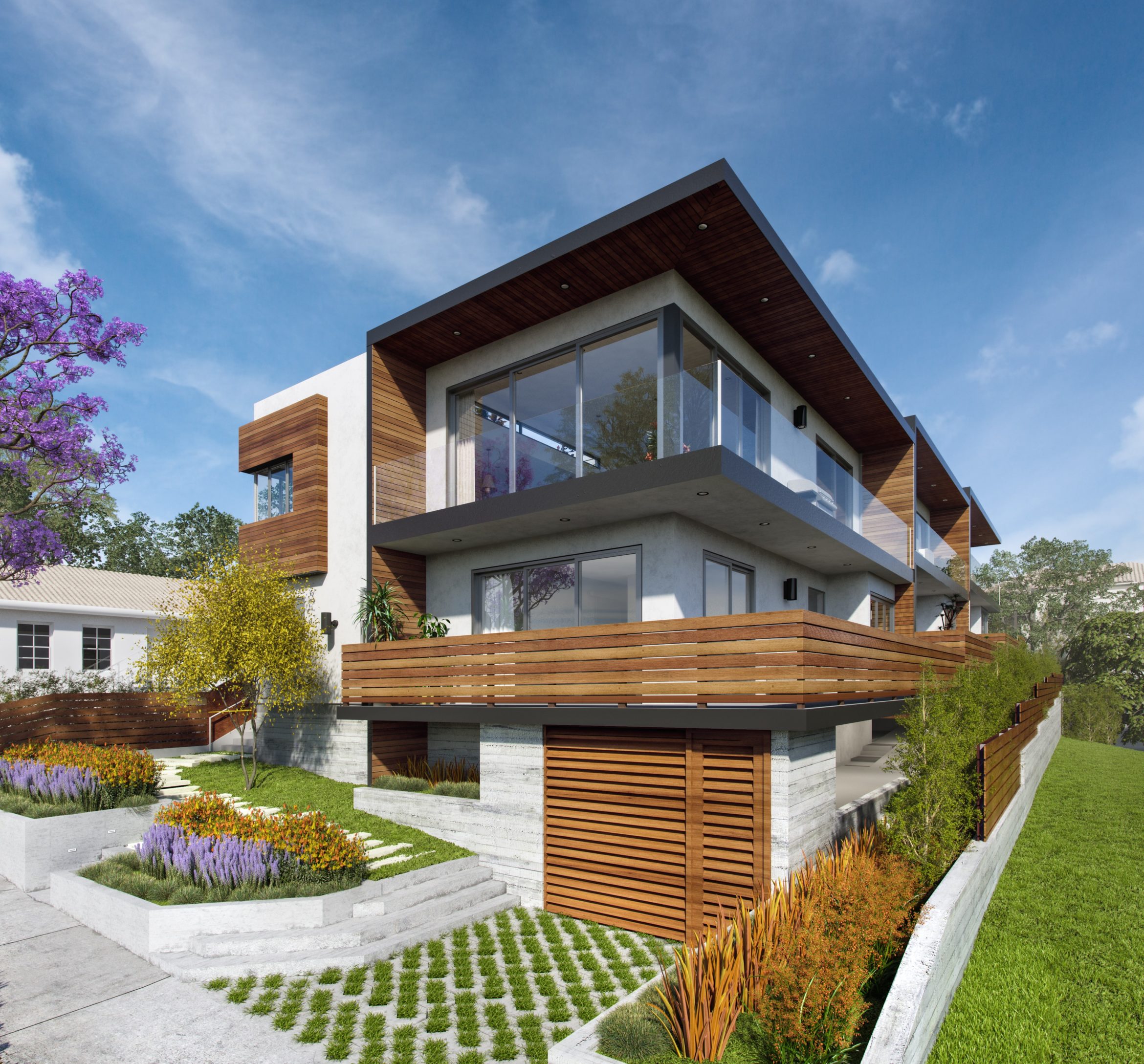 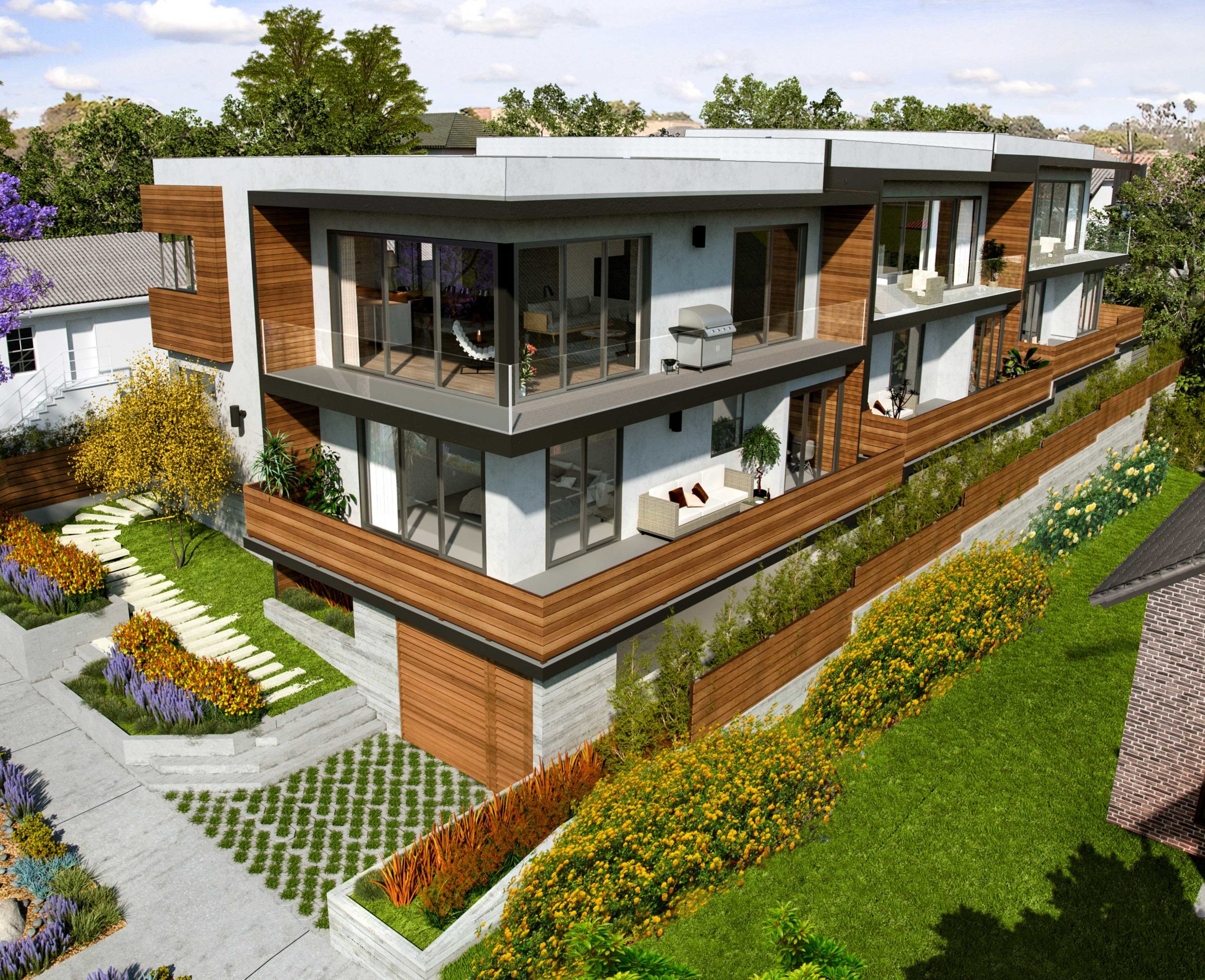 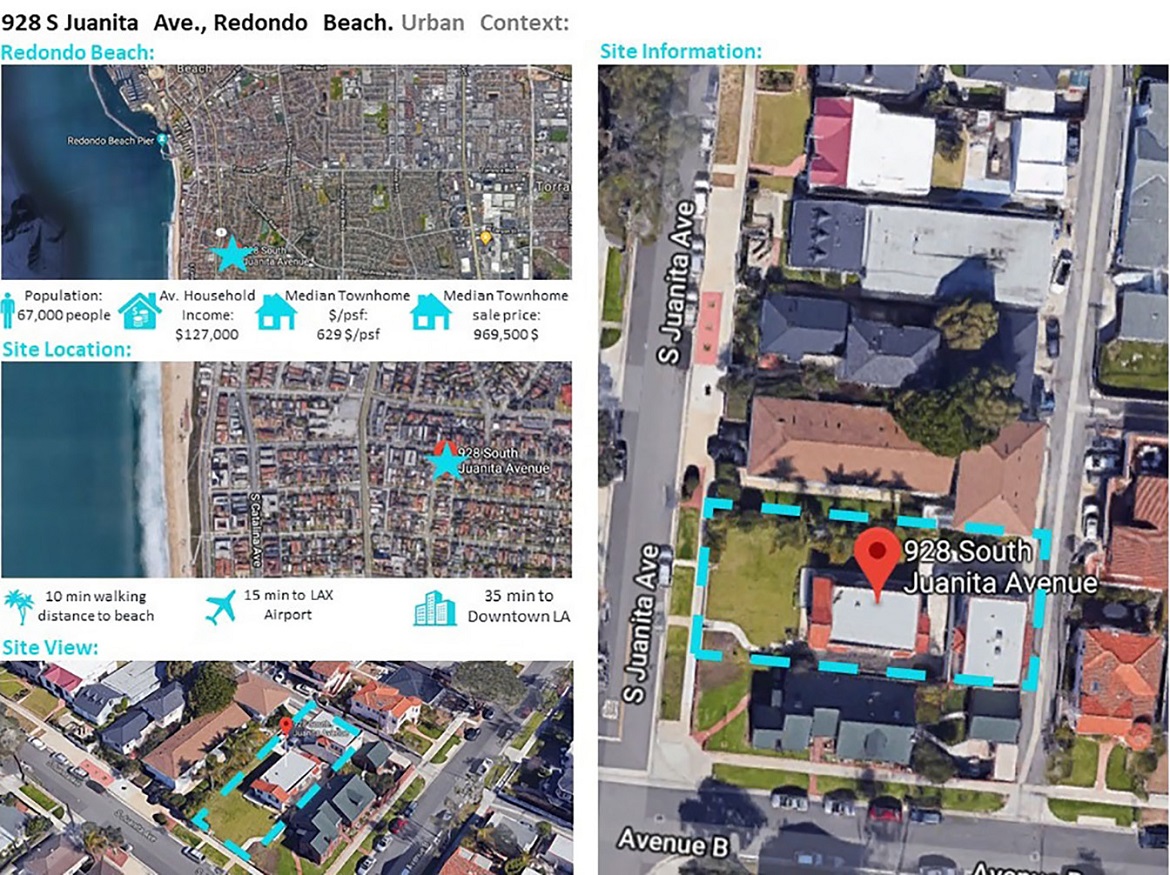 This project is based on a three unit townhome investment project in South Redondo Beach. South Redondo, is the charm of the South Bay in Los Angeles County, especially for those on/or close to one the of “Avenue” Streets near the Esplanade.

The Redondo Beach Pier is one of the best South Bay beach locations tucked in against Palos Verdes Peninsula. Redondo Beach has a beautiful 2 mile coastline with an esplanade strip just above its white sandy beaches, steps away from the Pacific Ocean. This community offers luxurious coastal living and an award-winning public school system. The local culture is vibrant and family oriented supported by outdoor actives utilizing the beaches, surf, and local pier. The beach cities and greater South Bay benefit from a diverse marketplace with its proximity to Los Angeles International Airport (LAX), Downtown LA and West Los Angeles.

The Redondo Beach Pier is undergoing a $300 million dollar re-gentrification project called “The Waterfront” which is spearheaded by CenterCal Properties. This new investment will include bike paths that connect to Santa Monica, new local music venues, farmers markets, and the charming Hollywood Riviera used for shopping, dining, and street fairs year round. Housing in this area is in high demand and quality property to develop is scarce. Local amenities and great culture, coupled with a high demand for housing and a low supply of land, are the quintessential ingredients for a profitable investment market.

This property is nestled in a great community, only 3 city blocks from the beach and in the ocean view hill section of South Redondo Beach.

This project converted an underutilized existing four-unit apartment building on a flat double lot, to a modern 3 unit townhome masterpiece. The project consists of three 3,200 gross sf luxury townhome units, which allow for generous outdoor and indoor living space layouts. Additionally, it accommodates the new family dynamic with 4 large bedrooms, private garages, large master patio, and an ocean view from both the great room and rooftop deck. The project’s lot itself is extra wide, which is unique for South Redondo Beach Area and allowed for a superior product.

The project had received a first lien financing package from First Choice Bank with a 68% LTC at 6% rate, equating total proceeds of $2.96M. First Choice Bank specializes in small lot developments in the South Bay and is very comfortable with our projections, location and target product. CEO, Robert Franko, and Chief Banking Officer, Nicole Swain, both stated that we would receive higher sales prices than projected on original pro formas and noted that this property is a prime location with high demand.